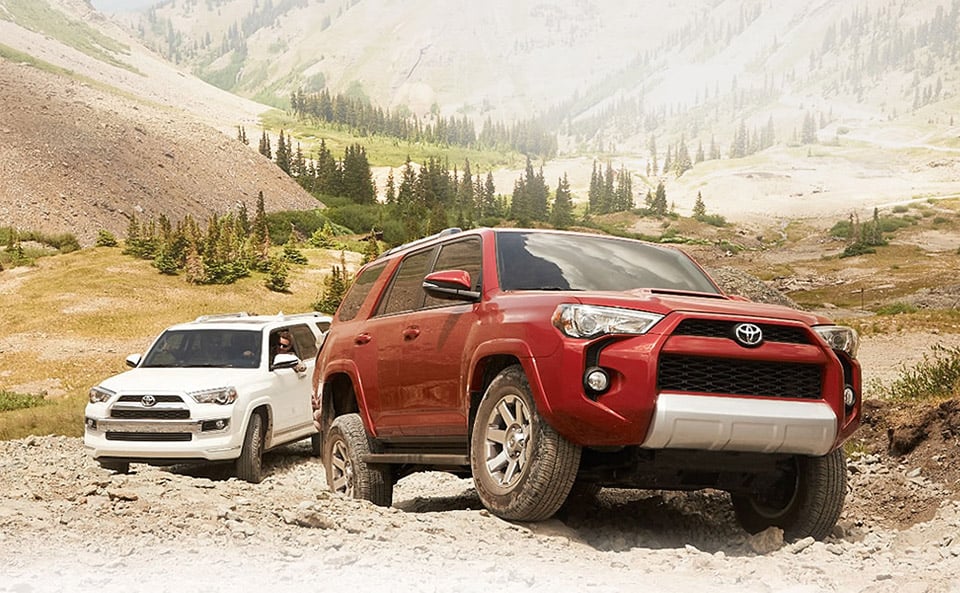 Toyota’s nearly indestructible body-on-frame off-roader still can handle the worst roads you can throw at it. But for 2014, it offers a more modern and aggressive look, highlighted by its chiseled front-end. This is the SUV for those who don’t want to look like suburban soccer moms.

It comes in three flavors: SR5, Limited and Trail, each with a 4.0-liter V6 that pushes out 270 hp and 278 lb-ft. of torque. While the stock SR5 is a perfectly capable 4×4, and the Limited is a fine city driver with its RWD setup and refined interior, we prefer the Trail edition, which has a wide hood scoop, and silver accent panels on front and rear bumpers which make it look like it’s ready to chew rocks. The Trail also has more than 1/2″ more ground clearance than its brethren. It’s also got crawl control, which lets you focus on steering rather than braking and acceleration in difficult off-road situations.

We had the opportunity to put the 4Runner through its paces on several occasions, and it handled all but the toughest rocks, logs, mud puddles and bumps with ease, while still offering comfort in the cabin for both driver and passenger. 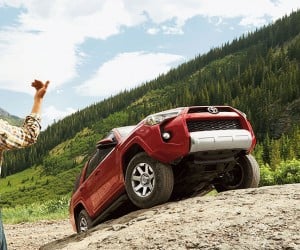 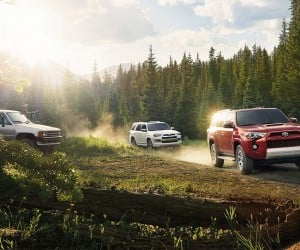 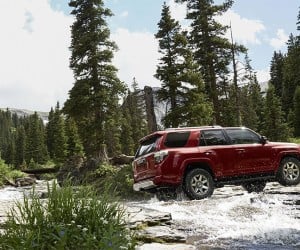 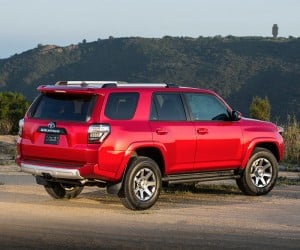 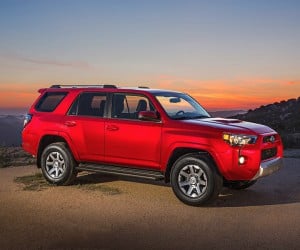 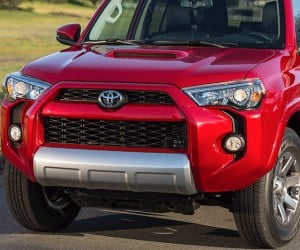 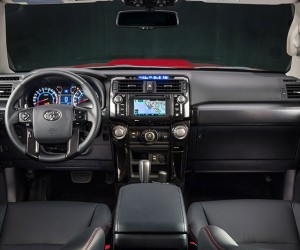 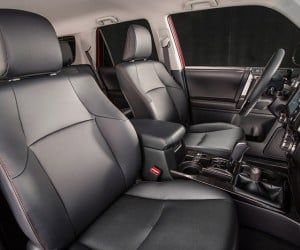 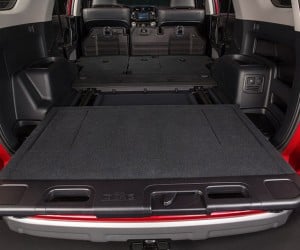