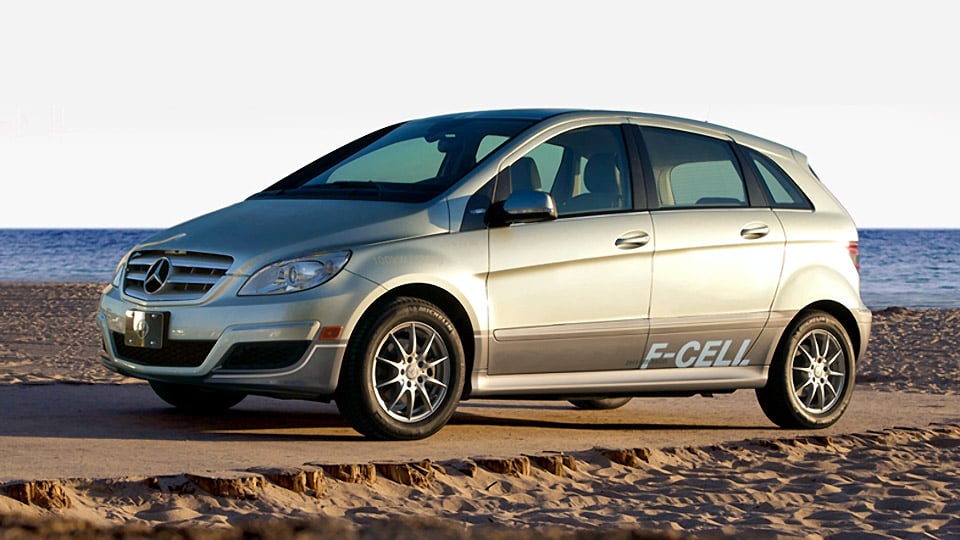 Mercedes-Benz has announced it will be bringing a fuel-cell powered electric vehicle to the market in 2017. We’ve already seen a concept car by Mercedes, the B-Class F-CELL (shown above), which may be a preview of what to expect. The F-CELL is a 134 horsepower vehicle with a range of approximately 190 miles and is currently being driven in a real-world pilot program in the Los Angeles and San Francisco Bay areas. (You can apply to be part of the pilot program here.)

Like the F-Cell, the new vehicle will have a fuel cell mounted below the passenger compartment along with carbon fiber hydrogen tanks mounted under the car and refilling is expected to take about three minutes. Excess generated electricity will be stored in a lithium-ion battery pack until it’s needed.

We don’t have many more details on what Mercedes-Benz plans for the 2017 production vehicle at this point, but it may be joining the Hyundai Tucson fuel cell vehicle, the Hyundai Intrado, as well as the Toyota FCV Concept and Honda FCEV fuel cell vehicles we’ve also seen recently.