Infiniti will be officially introducing the Q50 Eau Rouge Concept vehicle at the 2014 North American International Auto Show in Detroit on January 13. But the company has released a teaser video and some details on the vehicle ahead of that. The concept vehicle will be a high-performance version of the Q50 sports sedan showing Infiniti’s vision for future designs, including more dramatic aerodynamics influenced by Infiniti’s Formula One vehicles and complex carbon fiber composite bodywork.

Q50 Eau Rouge Concept is lower and wider than the standard Q50, sharing only the roof and door profiles with that vehicle. The carbon fiber details extend to the front splitter, rear diffuser, side sill skirts, roof, and door mirror casings. The vehicle is also shown with 21-inch alloy wheels and a dual-exit sports exhaust. 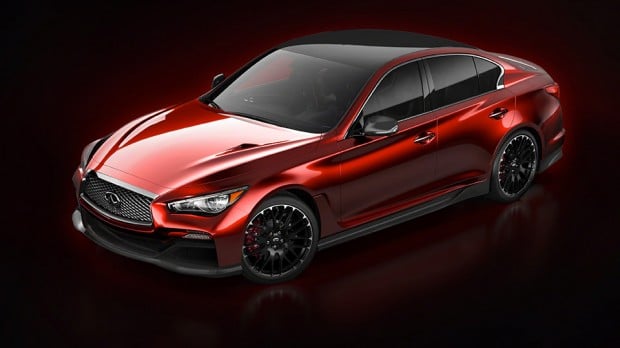 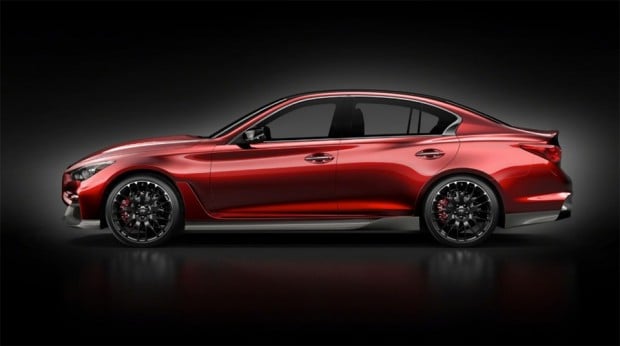 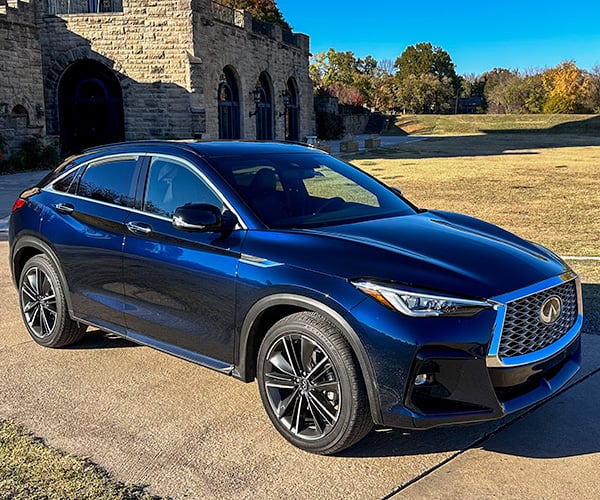