Jay Leno, who’s now retired from his TV series and will hopefully have even more time to collect and drive some amazing cars, had a chance to take a look and and drive a 1999 Shelby Brock Daytona Coupe. Pete Brock was given the opportunity to create a modern version of the legendary Daytona Cobra Coupe, only about six of which still exist. Dubbed the “Bock Coupe,” over 150 of the cars were built by Superformance (the same company that’s now bringing Caterhams to the United States).

This car is owned by Bruce Goldsmith, who’s made a bunch of amazing mods to the car which was previously owned by Carroll Shelby. The car has a fiberglass body and Goldsmith had custom wheels built for it, made some major mods to the fenders, and even had a custom spare tire made. It’s got a 427 Windsor all-aluminum engine under the hood which has 580 horsepower.

It looks like an amazing car to take for a spin on the streets. And kudos to Goldsmith to try to tell jokes to Jay Leno. 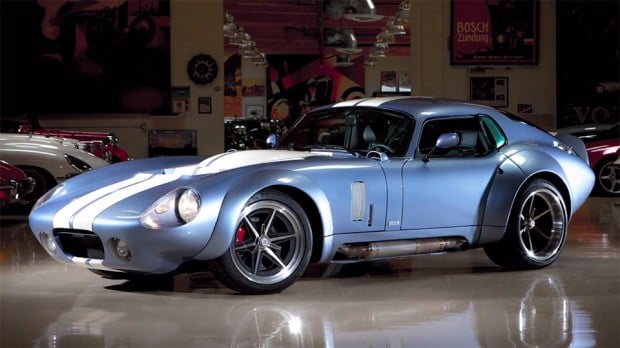 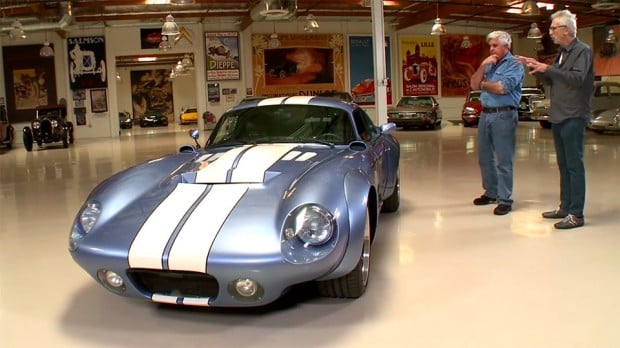 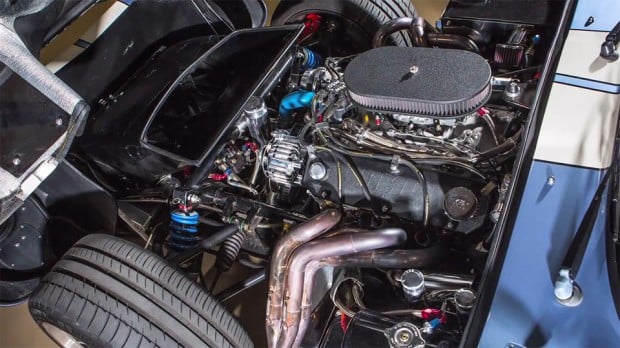 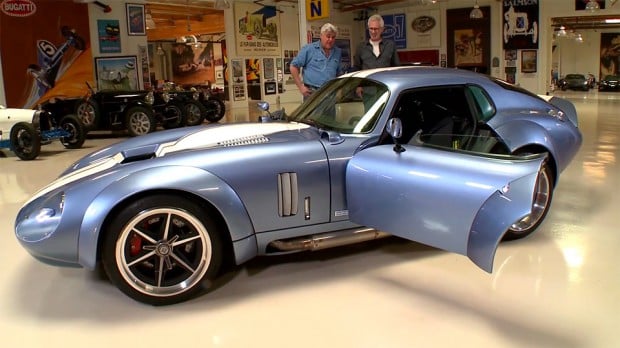