You certainly won’t miss this bright yellow-green gradient covered carbon-fiber body as it speeds around the circuit. Designed to race in the DTM, this powerful variant of the Audi RS5 looks like quite the beast. Powered by a 460hp V8 engine, and outfitted with a brand new aerodynamic body, it’s ready to take on all comers in the German racing series. It’s also received a variety of mechanical enhancements, including an improved suspension, and incorporation of the honeycomb grille found on the production RS5.

Audi certainly has some high expectations for the car, having won DTM titles with an earlier variant of the RS5 DTM, with Martin Tomczyk behind the wheel in 2011 and Mike Rockenfeller driving last year. Rockenfeller will be back to race this year, and his first impression of his new ride is simple: “If the car is as fast as it looks, then we have a good chance.” 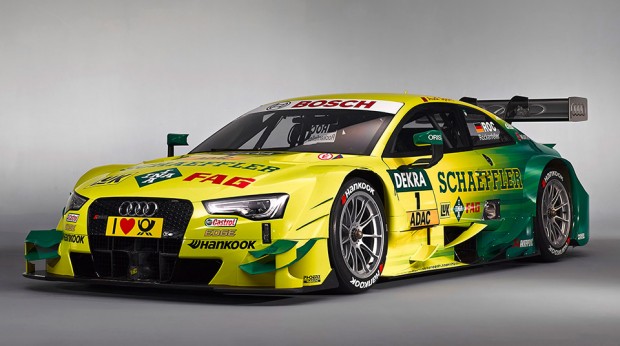 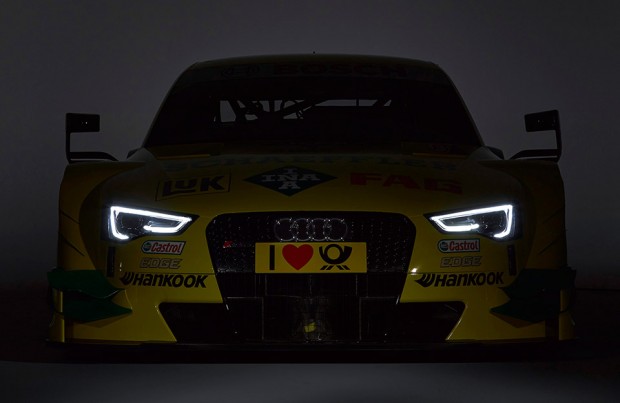 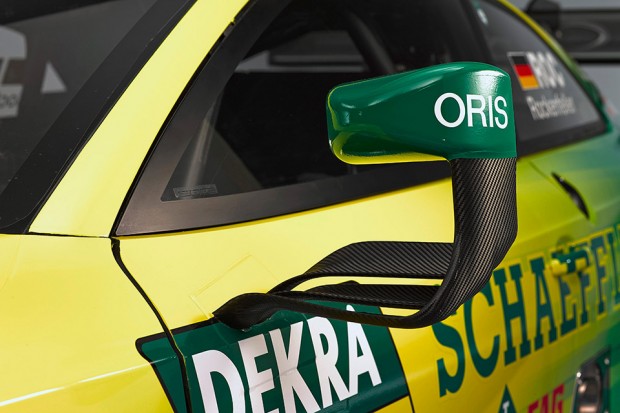