Many aftermarket tuners will replace body parts with carbon fiber to reduce vehicle weight. Carbon fiber roofs and hoods are popular because the car’s center of gravity is lowered dramatically with the weight reduction. But Overtake International, a Japanese after-market tuning and customization shop, has taken carbon fiber to an extreme with its latest Nissan R35 GT-R project.

Their mission was to cut weight and approach was simply “carbon fiber everything.” Every body panel on the GT-R was replaced, resulting in a weight reduction of over 300 pounds from Godzilla’s curb weight of roughly 3,836 pounds. As Jeremy Clarkson might say, “that’s like removing one American from the front seat of the car.”

We think the results are pretty incredible. A weight reduction of nearly 10% will have a profound effect on the GT-R’s already astounding acceleration and cornering and the craftsmanship looks really nice, too. Far better than simply wrapping your car in 3M carbon fiber vinyls. 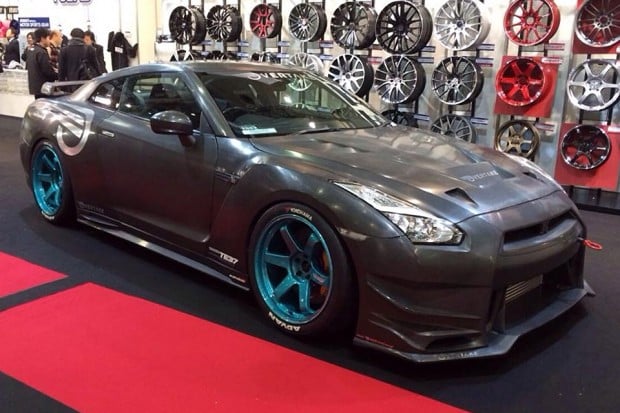 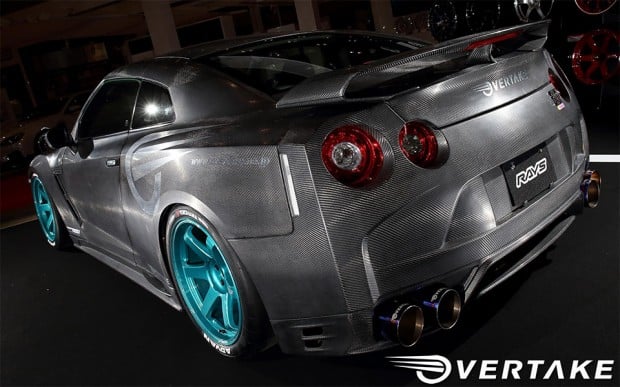 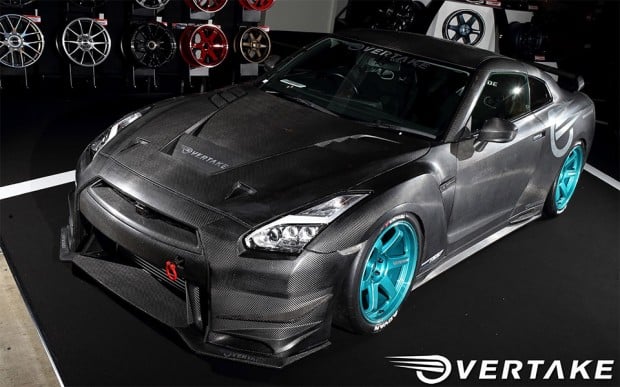