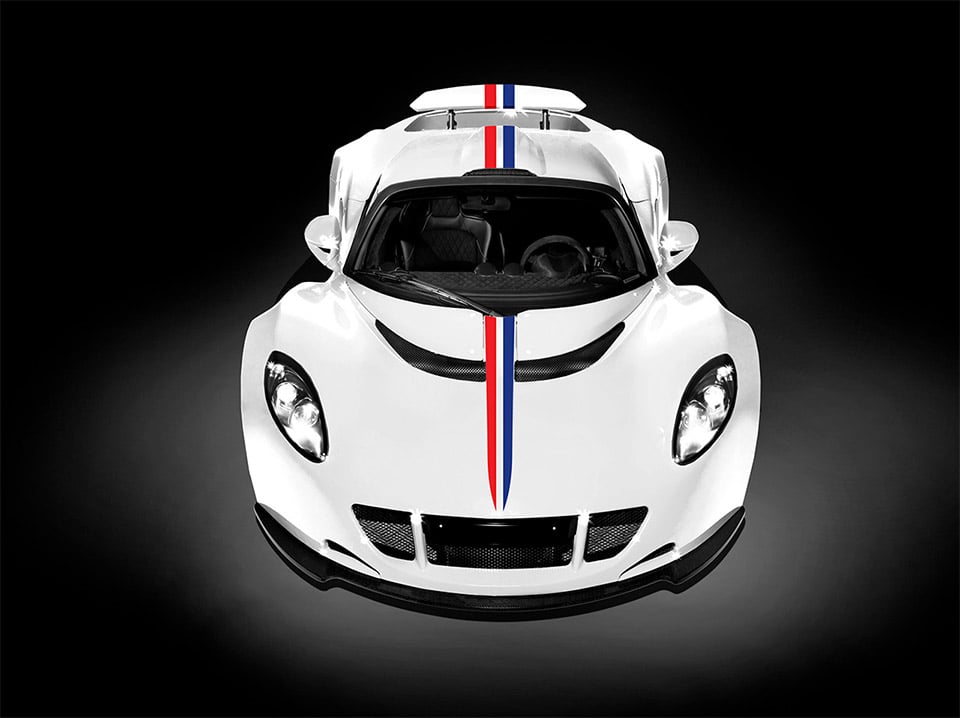 To commemorate its record-breaking run, Hennessey has announced a special edition of its breathtaking Venom GT. The car is configured with the same 7.0L, twin-turbo V8 found in the record-breaking car, which managed to propel the vehicle to 186mph in just 13.63 seconds, and a top speed of 270.49mph. The car is being made with a white body and red and blue stripes to convey the American flag they flew on the car during their record run, as well as the spirit of American car building.

Only three of the Venom GT World’s Fastest Edition will be made – and all three of them have already been sold to existing Hennessey customers. We suppose that’s okay, given the $1.25 million price tag.