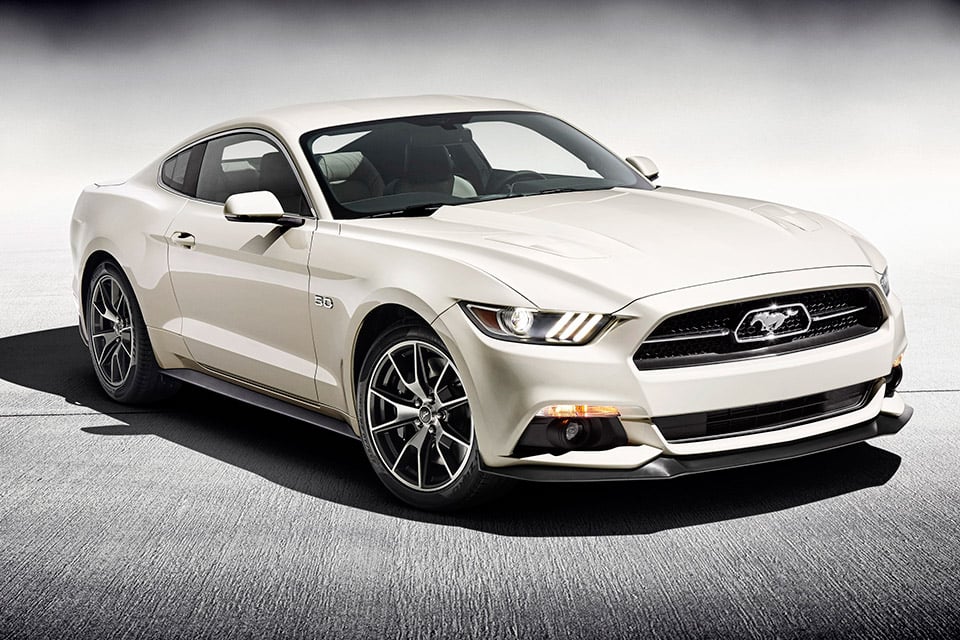 Ford is celebrating 50 years of the Mustang and has announced a limited edition version of the 2015 Ford Mustang GT fastback to honor the pony car’s heritage. Just 1,964 examples of the 50 Year Limited Edition will be built with sales beginning this fall. The 50 Year Limited Edition adds details that set it apart from other Mustangs, while hearkening back to the 1965 original.

It will be available in two colors exclusive to the model: Wimbledon White (like the very first production Mustang) or Kona Blue. Looking back to the original Mustang, Ford added additional chrome highlights, including to the grille, side glass, and tri-bar taillamps. It will also be the only 2015 Mustang with the large faux gas cap badge on the rear fascia with “50 Years” added to the GT designation. It’s also the only new Mustang with the louvered rear quarter-windows.

Inside, the dashboard has aluminum trim on the double-brow instrument panel done with an axel spin finish different from other 2015 Mustangs, along with a special serialized 50 Year Limited Edition badge on the passenger side. The cashmere-stitched steering wheel is also unique and that stitching is also used on the instrument panel, shifter boot, center armrest, door inserts and seats. The seats feature exclusive two-tone cashmere and black leather upholstery, and the Mustang 50 Year logo on the seat backs.

Under the hood, the 50 Year Limited Edition will have Ford’s powerful 5.0-liter V8 engine delivering more than 420 horsepower engine and will come standard with the Mustang GT performance pack that includes massive six-piston Brembo front brakes and 19-inch alloy wheels with high-performance Y-speed-rated Pirelli P-Zero summer tires. Buyers will have a choice of a six-speed automatic or six-speed manual transmission. 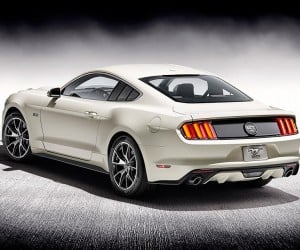 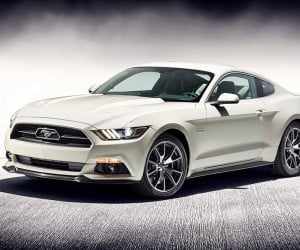 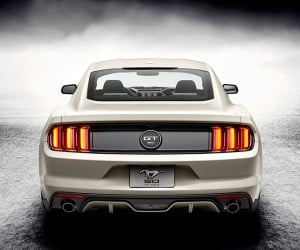 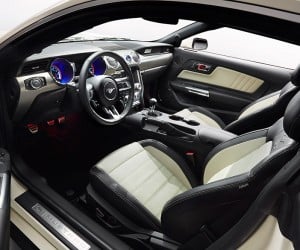 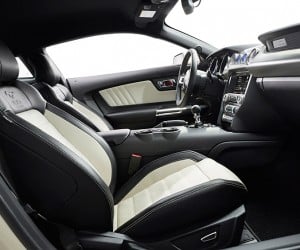 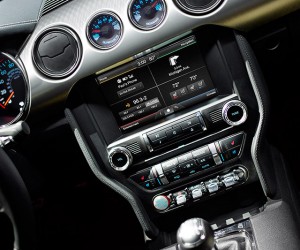 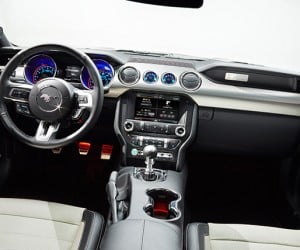 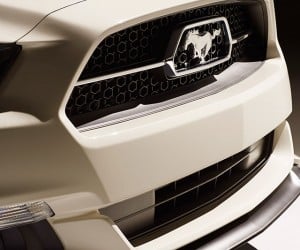 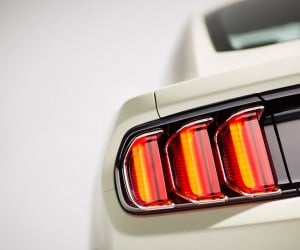