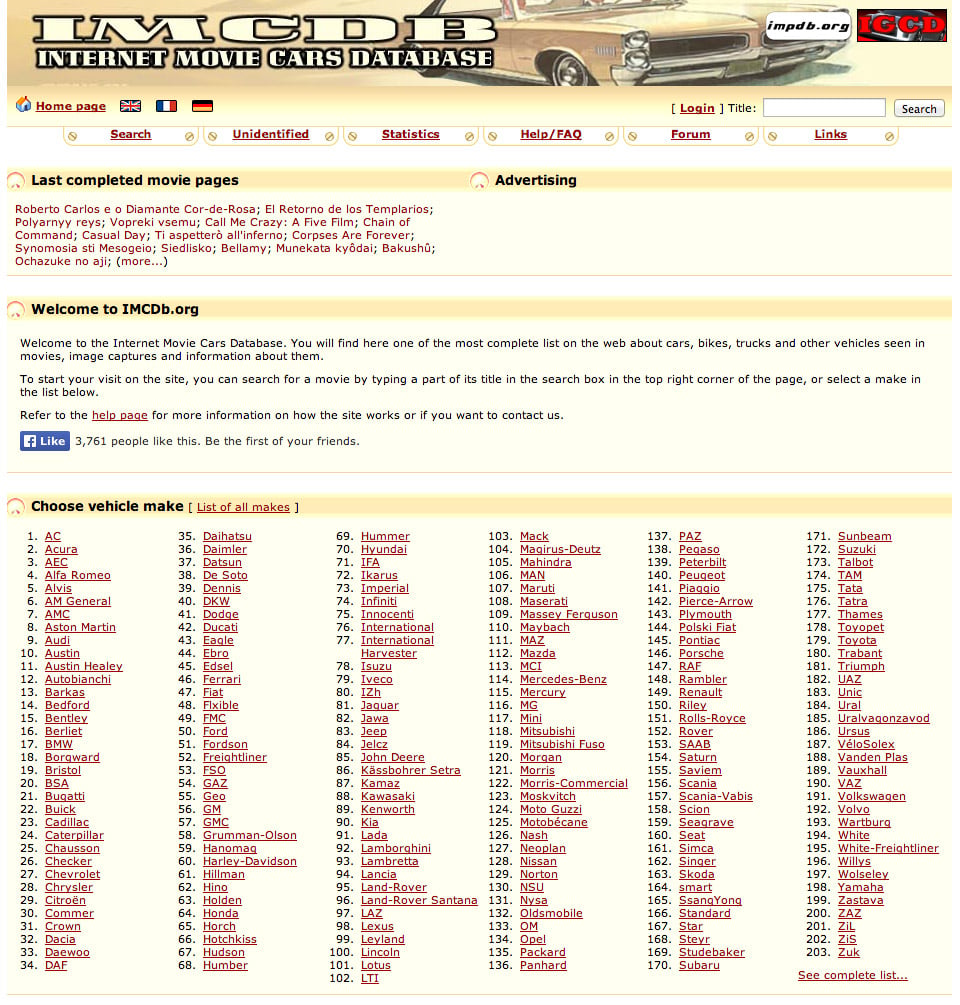 When you want to know who starred in or directed a movie or television, there’s the IMDB. But what if you want to know what cars were in a motion picture or TV show? Look no further than the IMCDB (the Internet Movie CARS Database.)

This convenient website catalogs thousands of cars and their appearances in movies over the years. And we’re not just talking about iconic rides like the Ford Taurus in Robocop, or the muscle cars in Fast and Furious. The IMCDB aims to be comprehensive, listing cars that even had brief on-screen appearances. In fact, they’ve cataloged all kinds of obscure car brands we’ve never even heard of. Have you ever encountered an Alvis Stalwart or a Zuk A07? Us neither. 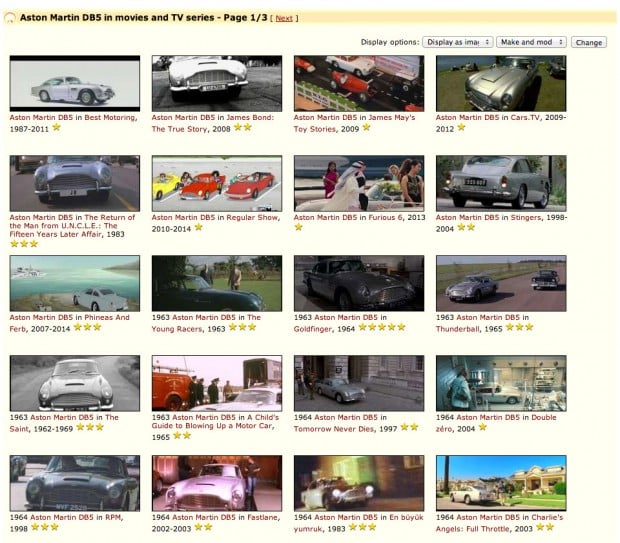 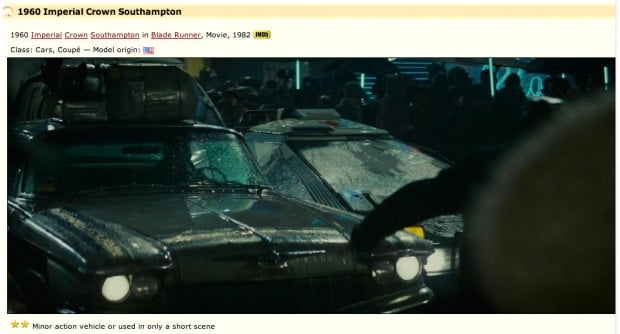 Cars are grouped by make and model, and the site includes hundreds of thousands of screen grabs of the cars as they appeared. The site also offers a robust search feature which lets you find cars by type, year, and how it was used in the movie or TV show. They’ve also got a whole section of vehicles which have yet to be identified, and they welcome reader feedback on any cars they can help identify.