The Ugliest Concept Cars of All Time 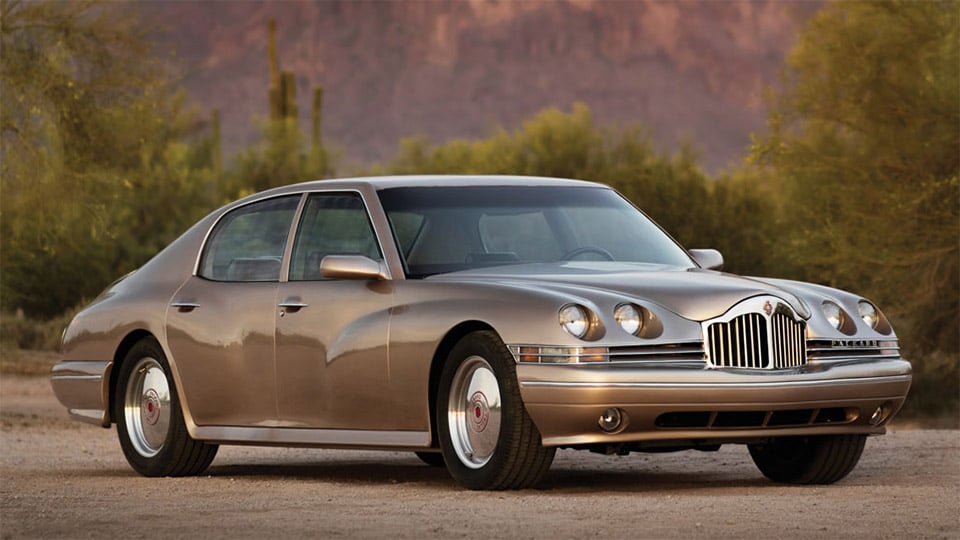 While concept cars are often thought of as futuristic objects of desire, often times the designs are so “outside of the box” that they just end up being awful. These cars may have innovative features or design attributes, but they all have one thing in common – they’re so ugly that you’d need to tie a steak around their bumpers to get a dog to chase them. So without further ado, here are some of our top picks for the worst looking concept cars ever.

1999 Packard Twelve Concept
This extraordinarily unpleasant looking behemoth was designed to celebrate the heritage of the classic Packard Motor Company. Instead, all it did was scare children. It was the first and only Packard to be built since the late 1950s, and that’s just sad. About the only thing going for this thing was its huge V12 engine. Best of all, this monstrosity could be taking up space in your driveway soon, as it’s going up for auction this July. 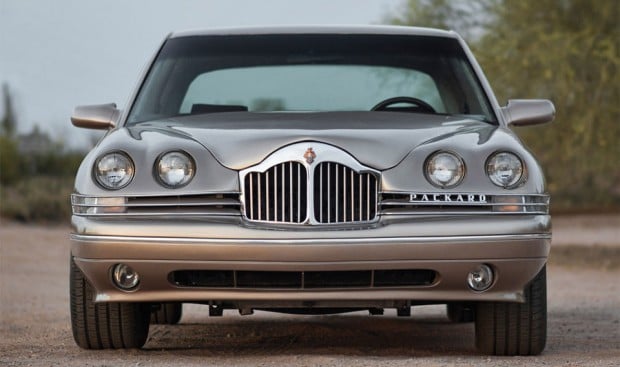 1961 Chrysler Turboflite
Despite having the greatest minds from both Chrysler and Ghia working together on this vehicle, just about everything about this concept design missed the mark when it came to styling. It was designed as a nod to aircrafts and rocketships and the era’s obsession with space-age stuff, but that didn’t really work out so well. Technically, the car had some interesting features like a gas turbine engine, electroluminescent lighting, and a spoiler that wasn’t designed to increase downforce, but to serve as an air brake. One positive thing that could be said for the Turboflite’s design – it looked better going than coming. 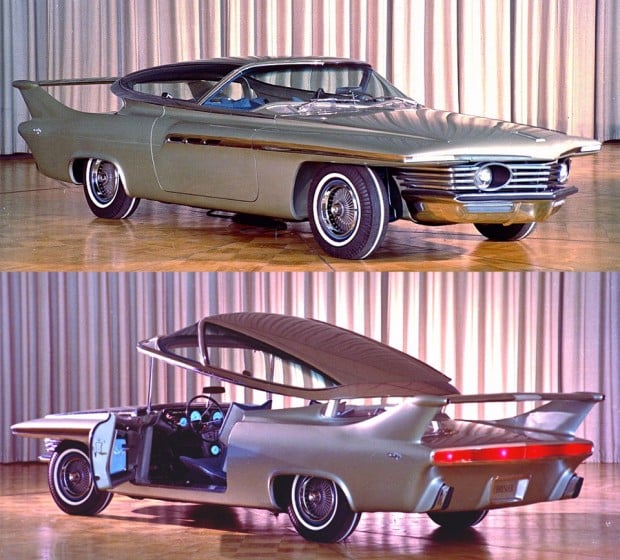 Honda PUYO Concept
Given the ridiculous body design of Honda’s 2007 Tokyo Motor Show subcompact city car, we think the name should be pronounced “P-U.” The design intent was to provide a warm and friendly appearance, but we just think it looks silly. For some reason, we think this thing should be a cat toy, not a car. Plus, its body was covered with a soft-touch gel like the type you might find in shoe insoles. At least the car had one cool feature – its body glowed in the dark. 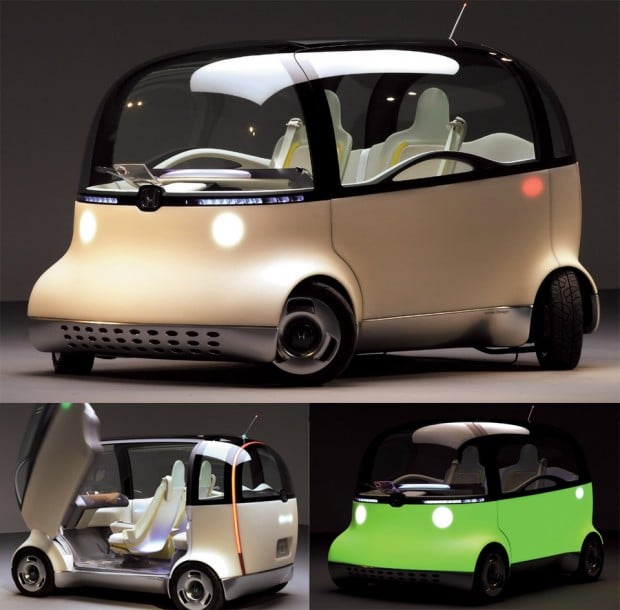 1958 Ford X2000 Concept
Yet another wacky “space-age” car concept, we can’t decide what’s more insane about this car’s design – it’s pursed-fish-lips grille, the protruding front fender air intakes, or the warp nacelles on the rear of the car. At least Ford had the good sense to never go beyond the scale model phase – but that didn’t stop one fan from building his own real-world version of the car. 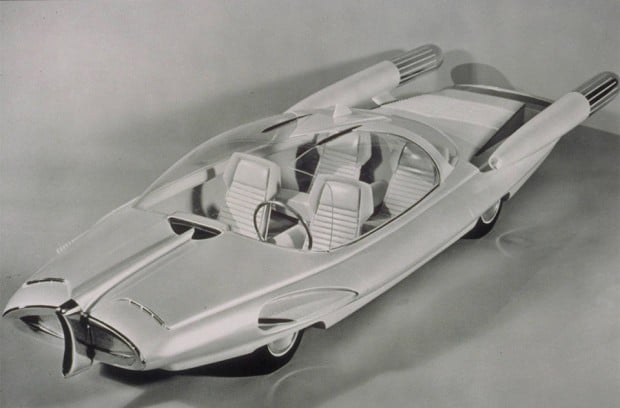 Nissan Pivo2 Concept
Since when did somebody come up with a rule that tiny urban commuter cars need to be hideously ugly? But that does seem to be the case more often than not when it comes to green subcompact concepts. At least the 2007 Pivo 2 had an excuse for its funky looks – it’s body and wheels rotated so the car could squeeze itself into tight parking spaces, and provide easy entry and exit. 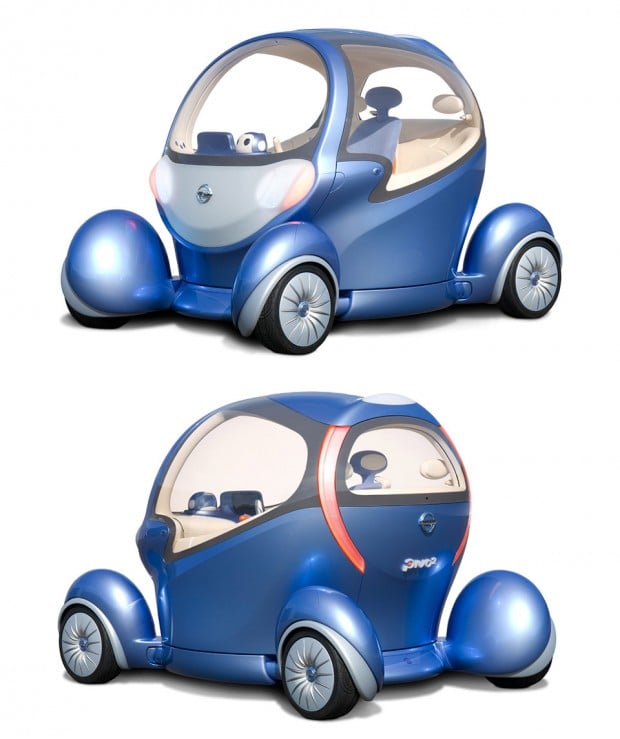 Also, it came with a robotic copilot. Take that Honda PUYO!

….and we have a winner. This godawful concept design from Volkswagen was designed as a successor to the Beetle, but looks one of those sticky green frog things you put at the bottom of the bathtub to keep from slipping. Guess that makes sense, because its grille looks like a drain grate. Maybe that’s to let water into the engine to keep it cool. 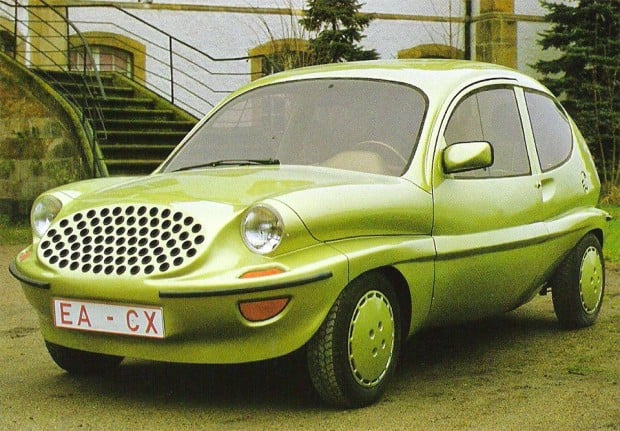 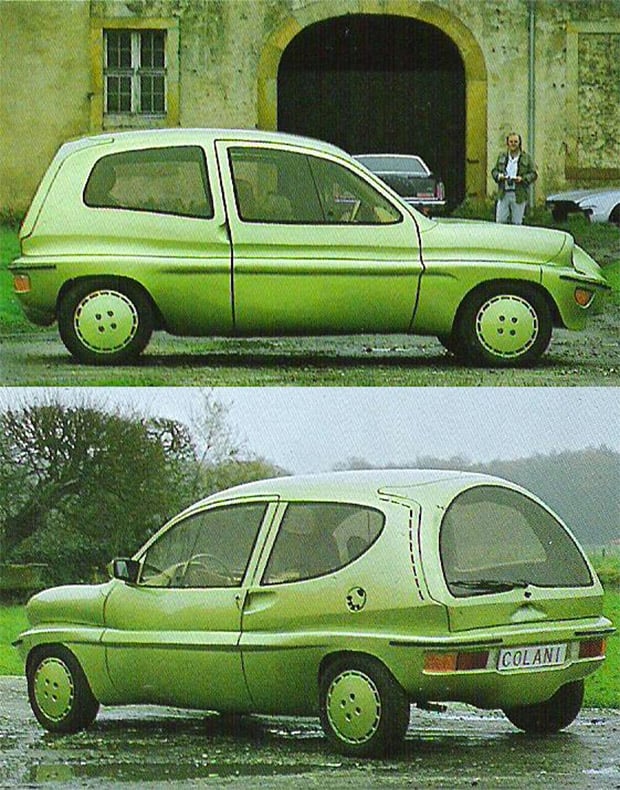