The “Zero Emissions On Demand” car also achieved its goal of going over 300 kmh (186 mph) on the Mulsanne Straight, setting another record for electric-powered entrants, this time while being driven by Satoshi Motoyama.

The ZEOD RC pairs the two electric motors with a 400 horsepower 1.5-liter three-cylinder turbocharged gasoline engine and the driver can switch between electric or gasoline power at the flip of a switch. Other innovations include the lack of any wing mirrors on the car. Instead, it uses an internal display thereby reducing aerodynamic drag.

Unfortunately, although Nissan made history that day, technical issues delayed the car’s start in the event and Reip only completed five laps before experiencing gearbox issues at the 23 minute mark, causing an early retirement of the car. But it’s still seen as a big step in the development of electric cars and it’s incredible to watch history being made. 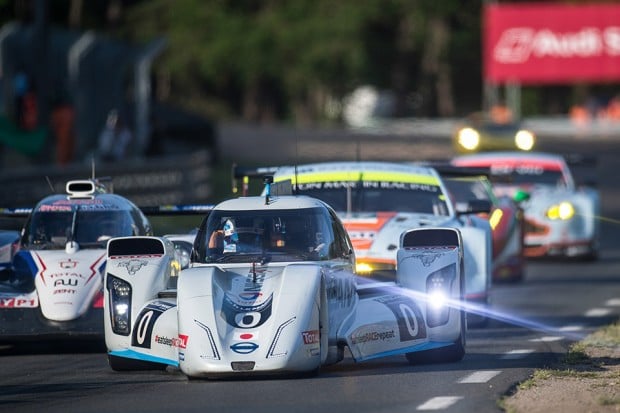