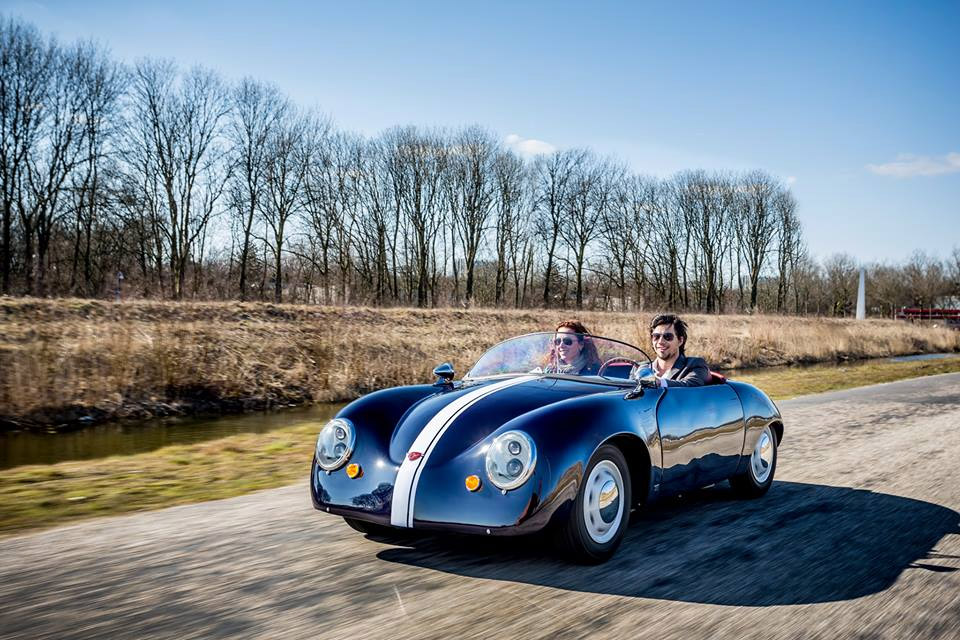 Carice Cars is a small automobile company based in the Netherlands and they’ve just announced the limited edition Carice MK1. Tipping the scales at under 350 kg (~770 pounds), the MK1 is an extremely lightweight, plastic-bodied open top two-seater built for fun and style. The MK1 is powered by an all-electric drivetrain with either a 15 kW or 40 kW battery pack. They’ll also be building a “Junior Version” for younger adults with just 4 kW of juice, which apparently allows people as young as 16 to drive the car in certain countries. Buyers may also request a small gasoline engine in addition to the electric motor as a range extender. But don’t ask for a roof; it comes with a tonneau cover and that’s it.

Styled after the beautiful Porsche 356, any similarity to that sporty German coupe ends there. But with the MK1 priced beginning at just € 22,000 (~$29,850 USD), it’s much more affordable than that highly sought-after collectible. Each MK1 is built to the buyer’s specifications and the tiny car goes on sale as of June 21, 2014.