To promote the Red Bull Global Rallycross, champion drift racer and Pikes Peak record holder Rhys Millen took his rally car through the streets of Washington DC and hooned his way through America’s capitol city. Driving his 600-horsepower Red Bull/Rhys Millen Racing Hyundai Turbo Veloster through the city streets looks like great fun and this is probably the first time residents of the District have seen a police escort for a rally car.

He didn’t seem to run into any of DC’s normal traffic and more streets were closed for Millen’s drive than a typical presidential motorcade. He probably broke a lot of speeding laws as he made his way through Georgetown then lets loose on his way past the U.S. Capitol and the Washington Monument, around Thomas Circle and on to RFK Stadium, site of the Red Bull Global Rallycross race on June 21-22, 2014.

Tickets are available for the event here. 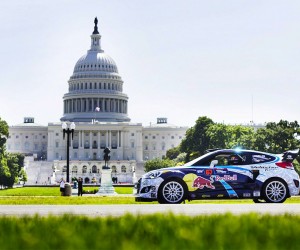 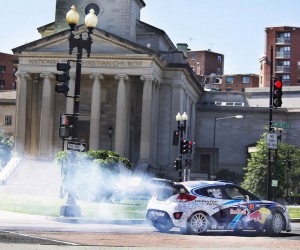 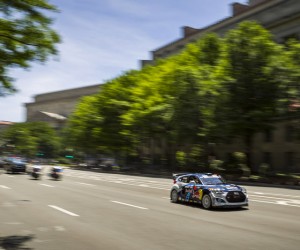 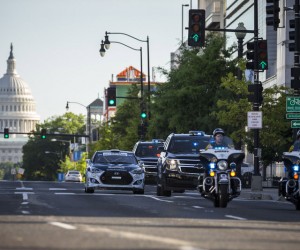 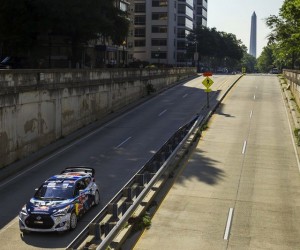 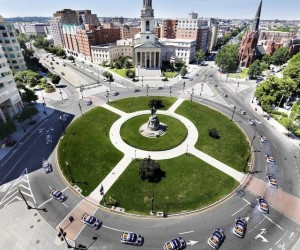