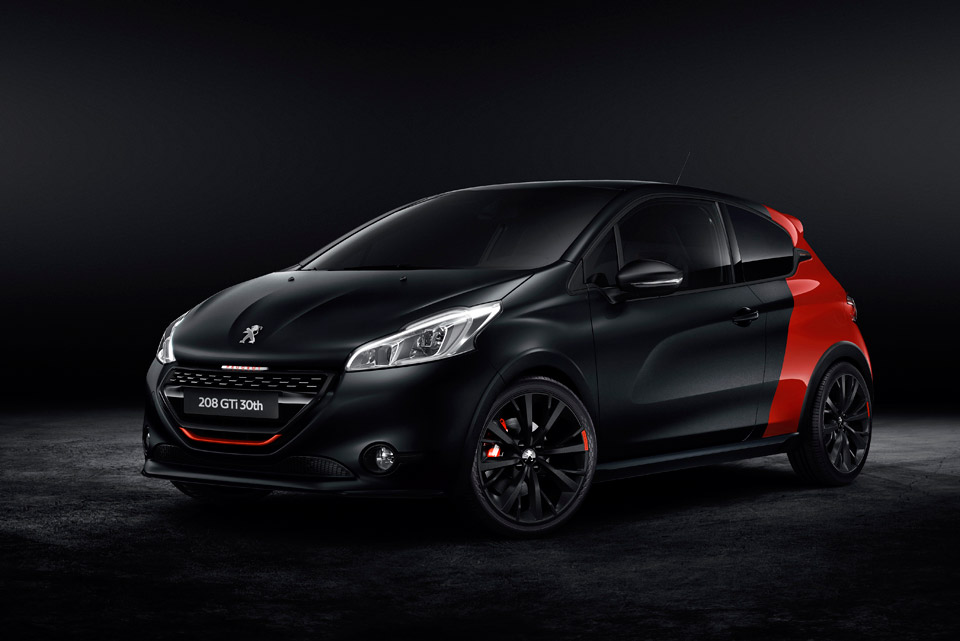 Peugeot is celebrating the 30th anniversary of its GTi badge with the Peugeot 208 GTi 30th Anniversary Special Edition. Unveiled at the 2014 Goodwood Festival of Speed, the model is a performance-boosted version of the standard production GTi.

The French hatchback has a 1.6-liter 208hp engine (8hp more than the standard model) linked to a six-speed manual gearbox. The car has a 0-to-100 km/h (62 mph) time of 6.5 seconds, which is 0.3 seconds faster than the standard GTi. The faster speed also comes with better braking ability through upgraded 323mm diameter brakes with Brembo four-piston calipers. The 30th Anniversary edition is also lowered by 0.4 inches and the stance is 0.85 inches wider in the front and 0.6 inches in the back. It’s fitted with 18-inch wheels and Michelin Pilot Super Sport 205/40 tires. 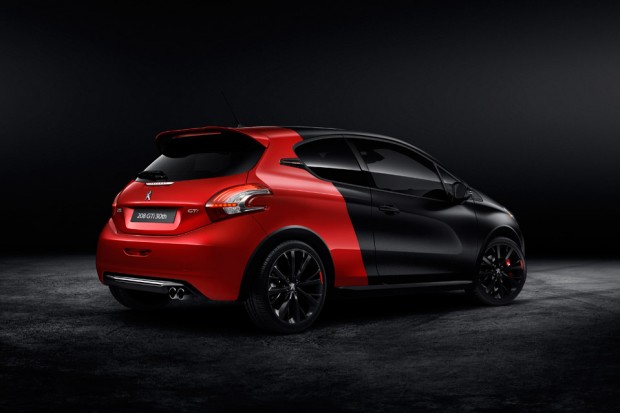 GTi 30th Anniversary Special Edition is done in a bold two-tone paint job, with a textured black front and a contrasting, lacquered red back. If the two-tone look is not your style, the 208 will also be available in Pearl White and Ruby Red finishes reflecting the heritage of the GTi models. The 30th Anniversary Edition will go on sale beginning in November 2014.