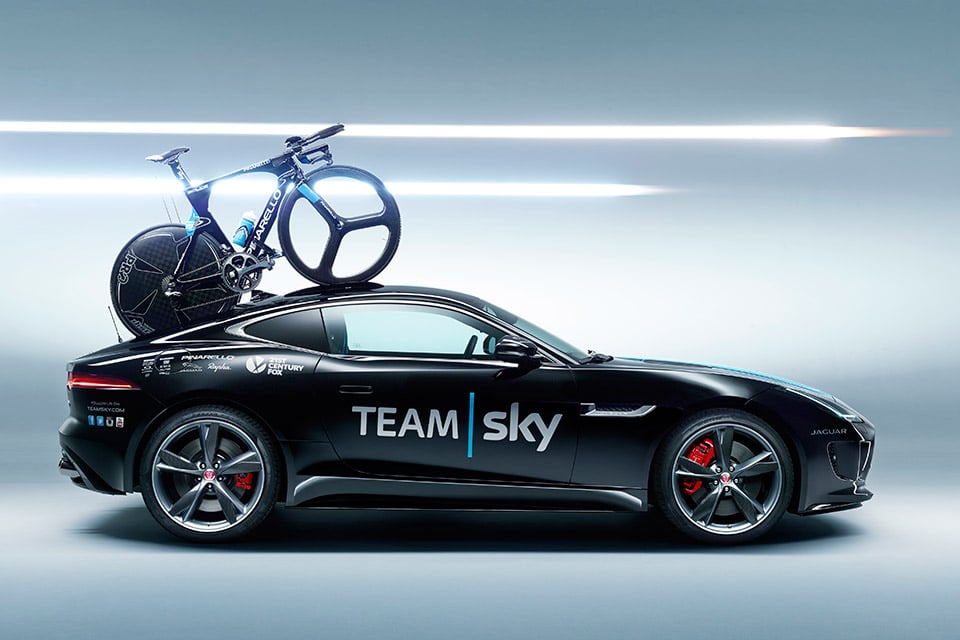 Jaguar has provided what may be the greatest show of support for the Tour de France racing team, Team Sky, by customizing a 550-horsepower F-Type Coupé for use as the team’s support vehicle. Built by the automaker’s Special Vehicle Operations team, the car has a stunning exterior finish in the team’s black and sky blue colors along with a built-in bike rack to carry two of the team’s Pinarello Bolide TT racing bikes.

Inside, the F-Type has a second power supply to power the radios, microphones, horns and other electronics needed during the nearly 2,300 mile race. Unfortunately, as beautiful as this car is, Jaguar has no intention of putting any version of it into production. 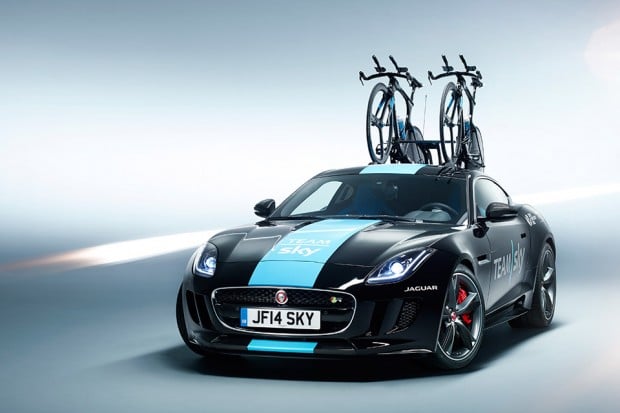 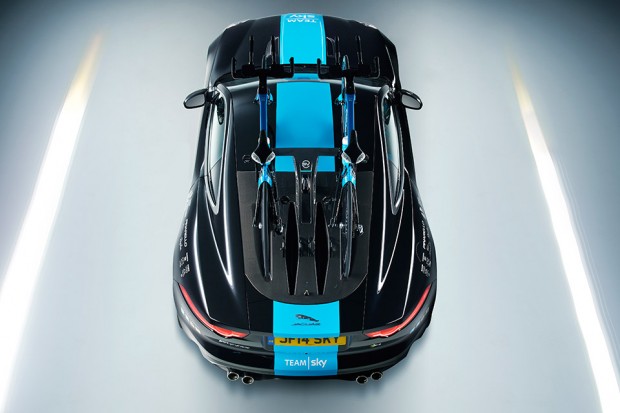 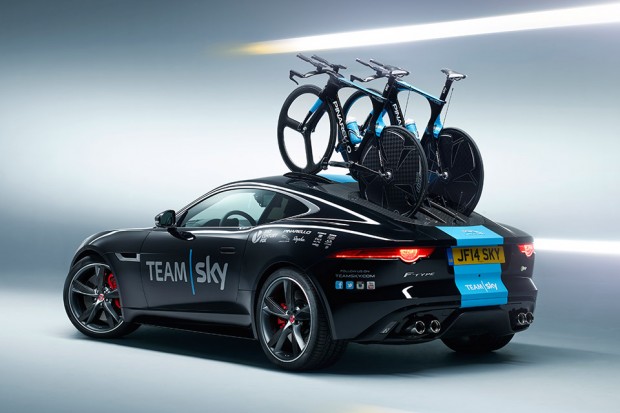 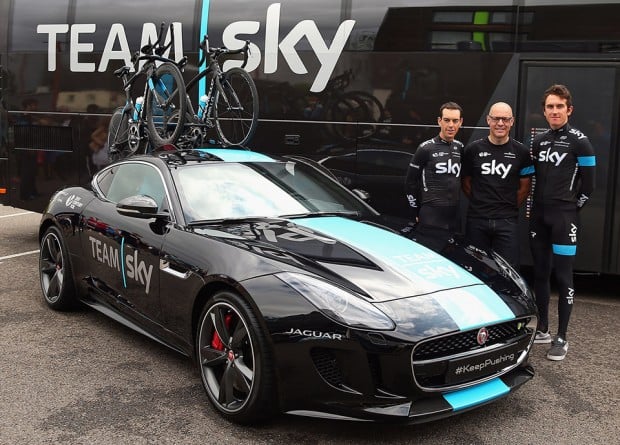