BMW on Designing the Revolutionary i8 and i3

In the past few months, BMW has brought to the market two new cars that are arguably the most innovative production cars of the past year: the compact, pure-electric BMW i3 and the very capable plug-in hybrid BMW i8. BMW takes a look back at how the development of these two vehicles began several years back, beginning with BMW’s idea of creating a new city vehicle, the “Megacity Vehicle.” Talking with urban planners and potential customers all around the world, the automaker pulled all the information together into a set of design parameters.

To begin with, the designers wanted to bring some specific branding to the “i” brand to make it stand out from the rest of the BMW lineup. They also had a unique opportunity to define the exterior sound of the future roadways. Since the cars can operate nearly silently, they could use sound engineering to create the exterior sounds that may become the traffic soundscape of the future. BMW also began using carbon fiber for the first time in large-scale production vehicles.

BMW has brought two unique vehicles to market with the i3 and i8 while at the same time defining a new sub-brand for the BMW lineup. It’s great to see these new, innovative options for consumers from one of the automotive industry’s leading manufacturers. 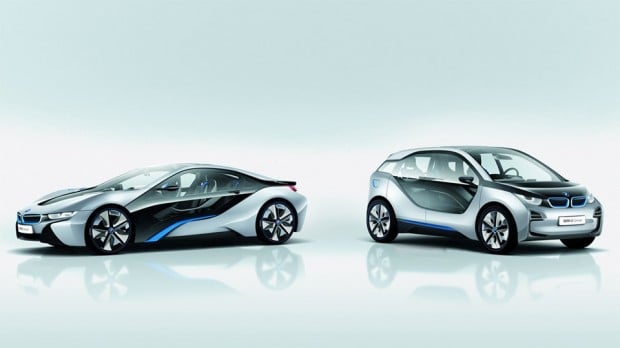