Jay Leno had the chance to visit with Dodge President and CEO Tim Kuniskis, who brought along the astounding 707 horsepower 2015 Dodge Challenger SRT Hellcat. Comparing it to his own 1970 Challenger with a 426 Hemi under the hood, Leno and Kuniskis point out the obvious heritage between the muscle cars, but technology changes over the past 45 years means they are like night and day.

Kuniskis also walks through the history of how they came to build a car with 700+ horsepower – the most powerful and fastest production muscle car you can buy. With a 1/4 mile time of just 11.2 seconds at 125 mph, the Hellcat can go toe-to-toe with the Nissan GT-R or Ferrari 458 Italia. And, of course, the car sounds absolutely insane when the engine if revved, as Leno demonstrates in the drive video.

Kuniskis also points out that pricing for the Hellcat has just been released, beginning at just $59,900 including gas guzzler tax, which means there will soon be a lot of disappointed sports car drivers who will be getting blown away at stoplights by a much less expensive car. Of course, it might not do quite as well in the corners. 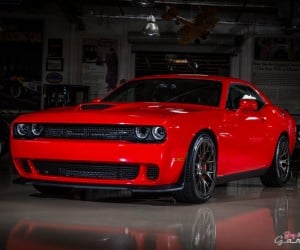 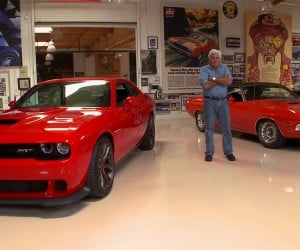 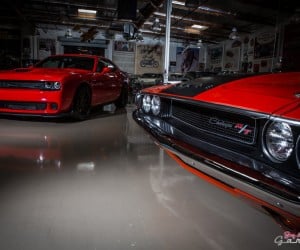 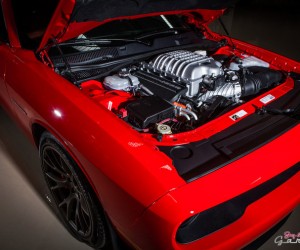 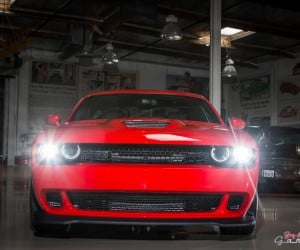 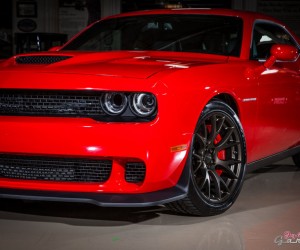 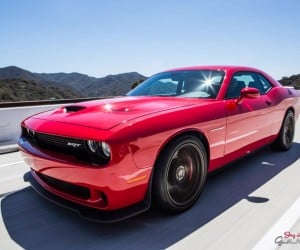 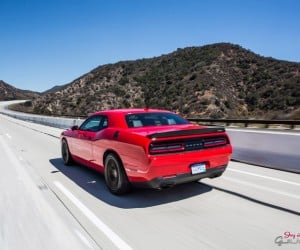 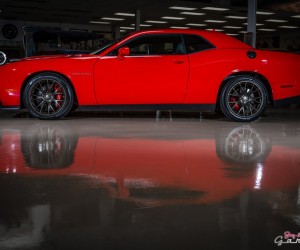