Navdy Adds A Heads-up Display to Any Car

Heads-up displays are a really convenient way to monitor your speed, GPS directions or other information while driving. However, only a handful of production vehicles offer heads-up displays as an option. Navdy hopes to change that, by offering a portable gadget which lets you add a heads-up display to any vehicle.

Using a compact projector and a 5.1″ transflective screen, the Android-powered device can provide access to critical information from your iPhone or Android smartphone. The Navdy gets its power via your car’s OBD II port (available in all cars since 1996), and interfaces with apps like Google Maps, Spotify, Pandora and iTunes to display information at eye level. You can also accept and initiate phone calls without looking at your phone, or even view text messages. Since the Navdy is integrated via your OBD II port, it can also display critical information like fuel level, tire-pressure warnings, and even work as a tachometer. 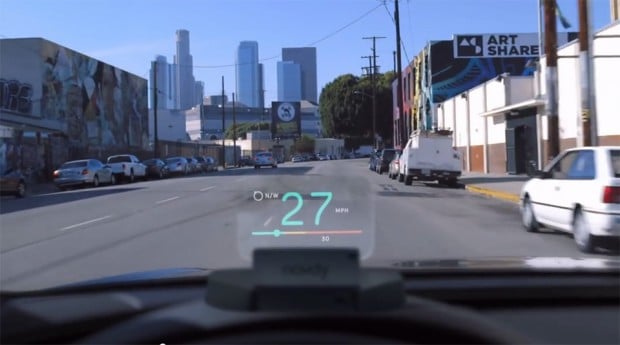 Navdy uses voice and gesture-recognition technology so its easy to switch between modes without having to reach for your phone or take your eyes off the road. Overall, it’s a really cool idea, though our biggest concern is how much of a distraction the Navdy box itself might be protruding above your dashboard. Integral HUDs are typically flush-mounted into the dash, whereas the Navdy looks like it sticks up quite a bit. 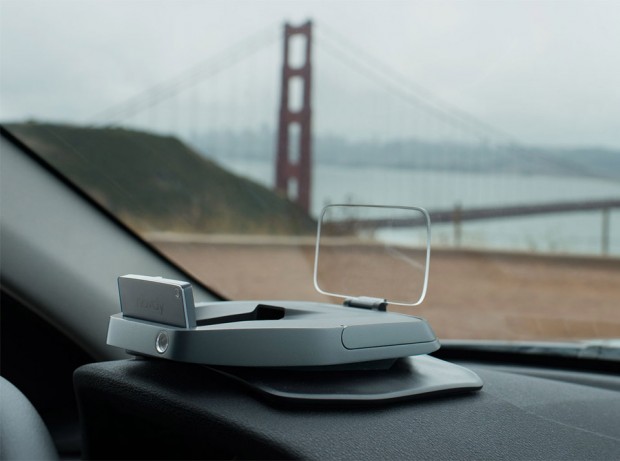 Navdy is available for pre-order now for early 2015 shipment, with a discounted price of $299(USD) for the first 30 days (between now and 8/5). This is supposed to be 40% off of the planned retail price of $499, which would make it a bit on the expensive side when it’s eventually released.