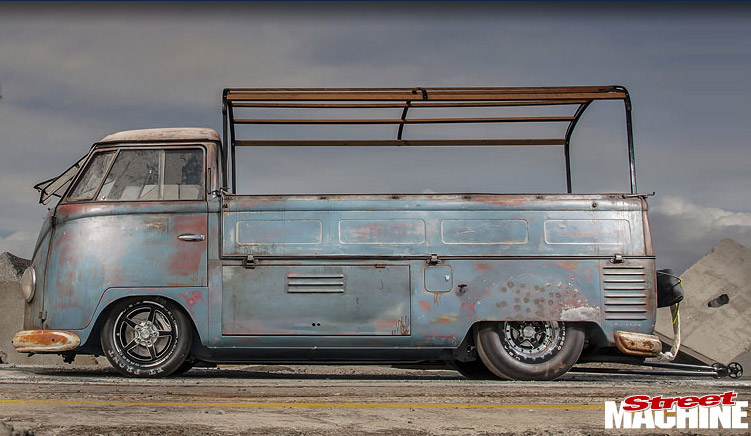 This modified 1954 Volkswagen Type 2 (“Kombi”) Transporter is one of the more impressive wolves in sheep’s clothing that we’ve seen. Modder Phil Mizzi took his dusty old single cab mutant microbus and fitted it with a 2.9 liter supercharged Autocraft engine. He then proceeded to kit it out with everything needed for drag racing, including a roll cage, a wheelie bar and a parachute. He then nicknamed it “Grover.” Because, presumably, he likes The Muppets. Or 19th Century U.S. Presidents. 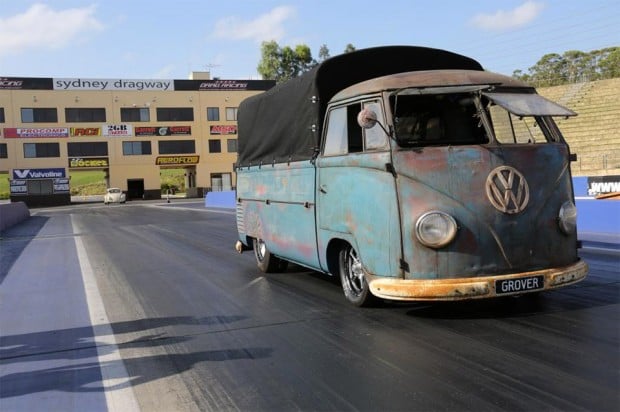 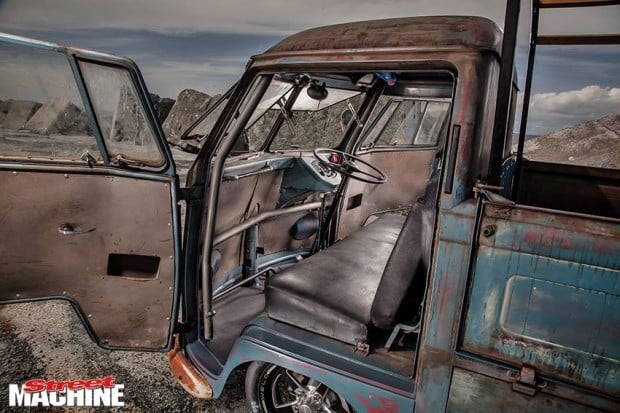 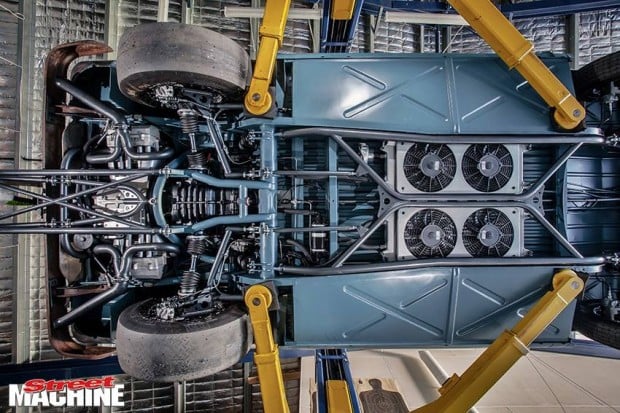 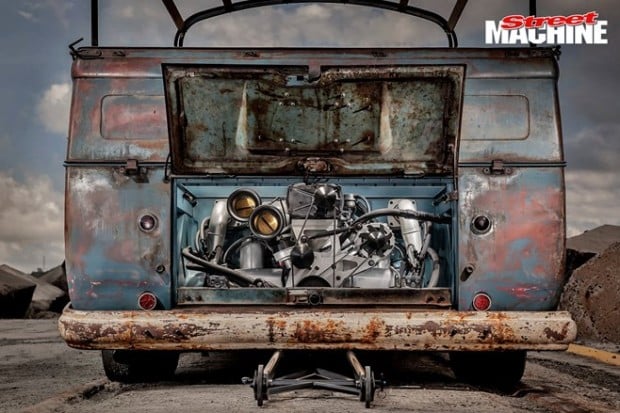 Phil has set his sights on a 9 second time and 600 horsepower, and from the looks of things, this is definitely within reach. The van has also been nominated for the 2014 Street Machine of the Year award. Head on over to Street Machine’s website to cast your vote. You can also find more pics over on Hosking Industries’ Flickr page. 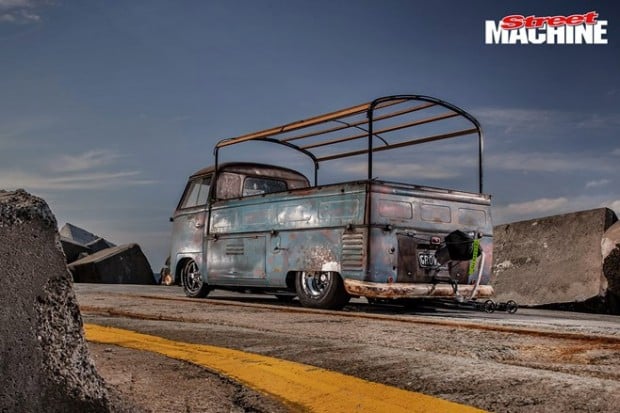