It goes without saying that Aston Martin’s DP-100 VIsion Gran Turismo is an incredible supercar concept that looks nothing like any previous Aston Martin. The car was designed and built to celebrate the 15th anniversary of the Gran Turismo video game and the team behind it had a great deal of freedom since didn’t need to meet safety regulations or consider manufacturing issues that production vehicles would otherwise be subject to.

But the freedom they were allowed wasn’t completely unchecked. The car still needs to perform, the aerodynamics need to work correctly, the handling must be top notch, the twin-turbo 700hp V12 engine has to match the car’s driving characteristics, and much more. The car also has active aerodynamics designed to improve its in-game performance, stunning light blade rear taillights, and a whole lot of carbon fiber throughout.

XCAR had the chance to talk with Taku Imasaki, Gran Turismo 6 producer, and Mark Reichman, Aston Martin Design Director to learn about the design of the car. The DP-100 became the first mid-engine Aston Martin we’ve seen since the Bulldog concept car and acts as an inspiration for Aston Martin’s designers going forward. 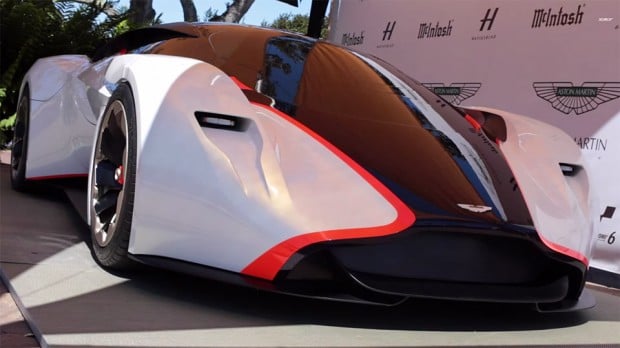 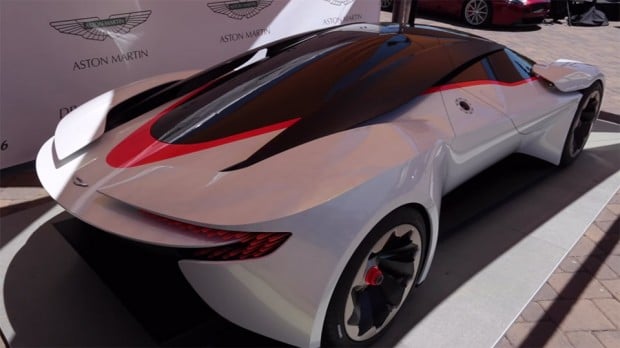 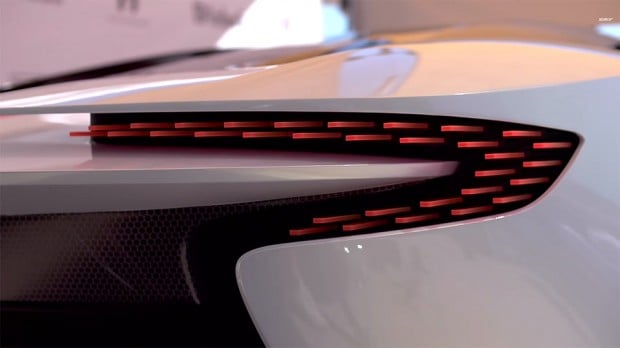 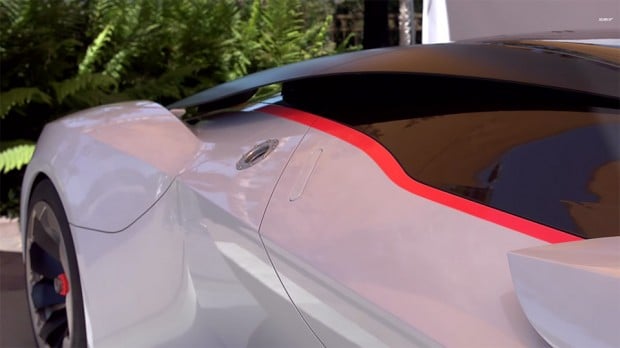