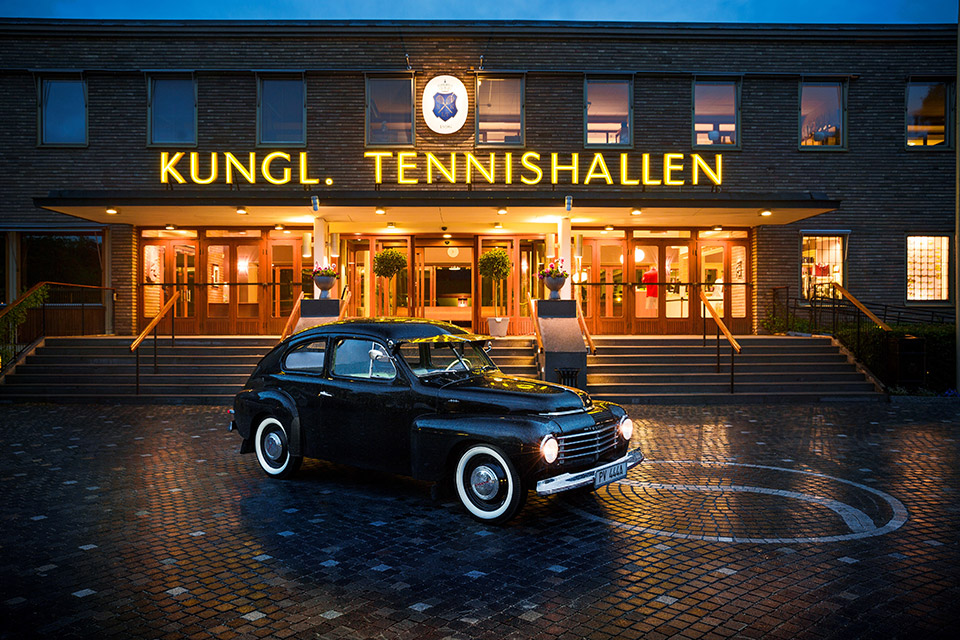 In 2014, Volvo not only celebrates 40 years of the Volvo 240 sedan but also 70 years since they first introduced the PV444. The car was first introduced on September 1, 1944 and symbolized the new Volvo following the end of World War II. The first one seen by the public was just the prototype and couldn’t even drive, but Volvo was anxious to show its new face to the world and rolled out the car, made of wood and painted black with the window positions indicated with silver paint. Regardless, Volvo had 2,300 buyers sign on to purchase the vehicle based on that prototype and the company turned to production. Design refinements continued for some time and production began on the first car in early 1947. 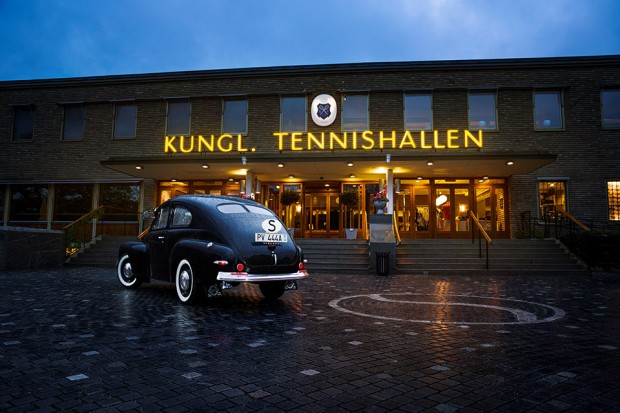 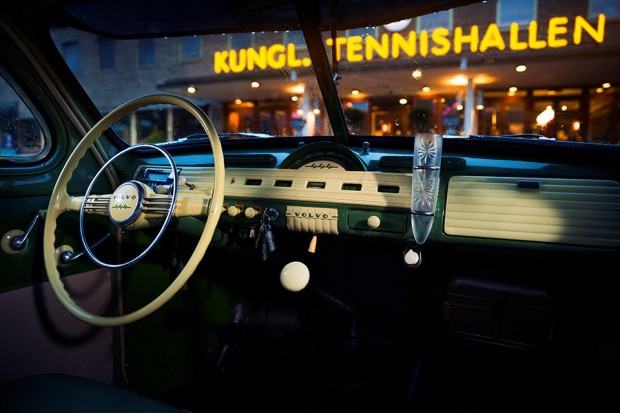 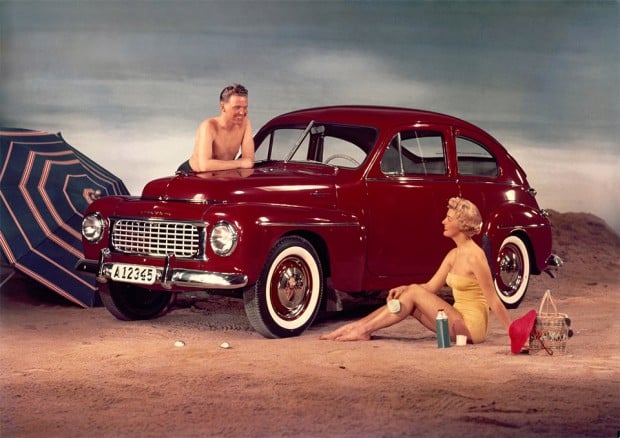 The unibody PV444 was produced for 11 years, through 1958, with minor changes to its styling and mechanicals over the years. The car had Volvo’s new 1.4-liter, 40hp, four-cylinder engine, the first overhead valve design for a passenger car by the Swedish automaker. In fact, the “444” designation stood for 4 cylinder, 40 hp, and 4 seats. The 444 was modified at the end of its production run to become the PV544, which ran through 1965 and, between the two vehicles, 440,000 units were built and sold worldwide (280,000 of which stayed in Sweden). 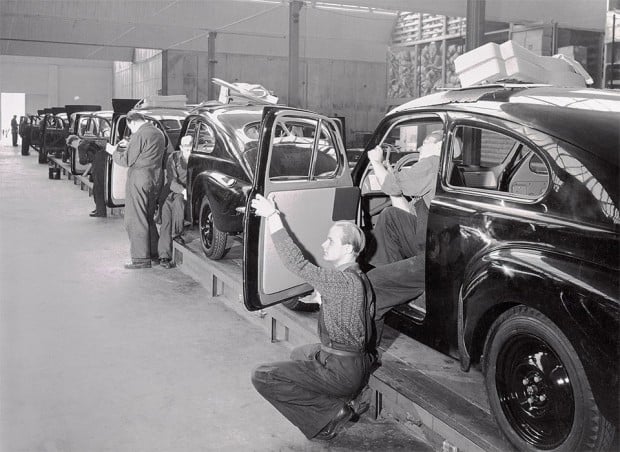 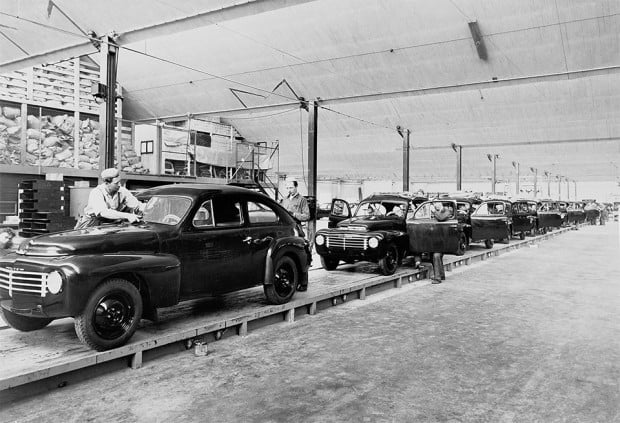