The new Volkswagen Beetle GRC looks more than ready to compete in the Global RallyCross Championship. With a 550 horsepower powerplant tucked in the back and a 0-to-60 time of just 1.9 seconds, it’s a darn impressive bug.

VW’s Jost Capito, Director of Volkswagen Motorsport, discusses what went into developing the racing version of the Beetle, beginning with a stock Beetle off the Mexico assembly line which he thinks is the perfect platform to begin with for a rallycross vehicle. Eduard Weidl, Technical Manager of Volkswagen Motorsport and Nico Muehr, Exterior Designer, tell more about how the production vehicle was modified to become the GRC.

On top of the Beetle’s 1.6 TSI 4-cylinder turbocharged and intercooled engine, the GRC has a sequential six-speed transmission and fixed-ratio all-wheel-drive system. The team also fitted the Beetle with a new strut suspension which allows 9.1 inches of travel for off-road racing along with a giant rear wing and a more aggressive front end. 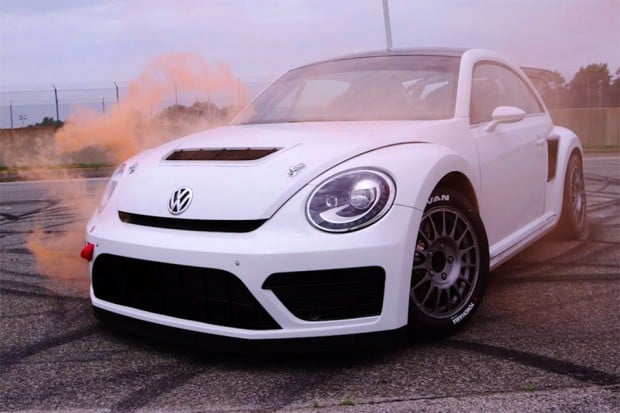 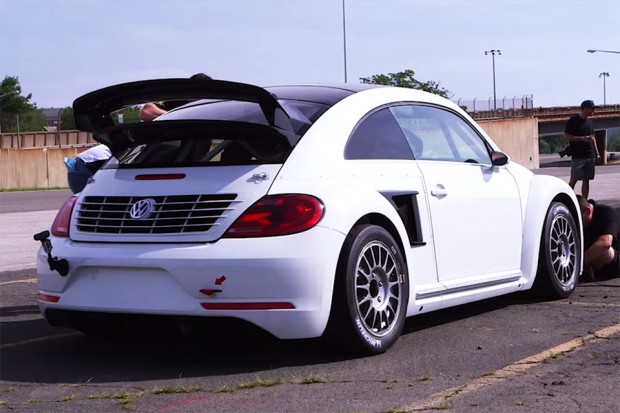 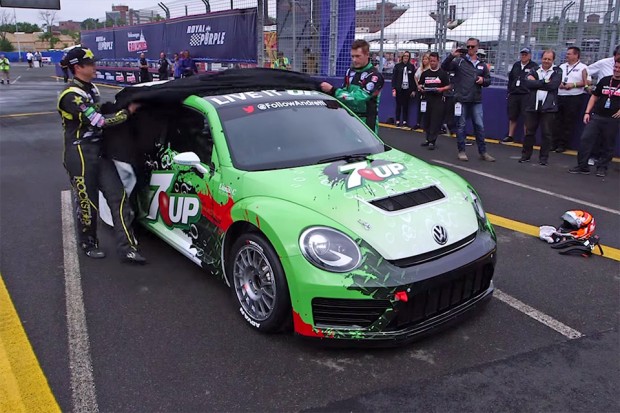