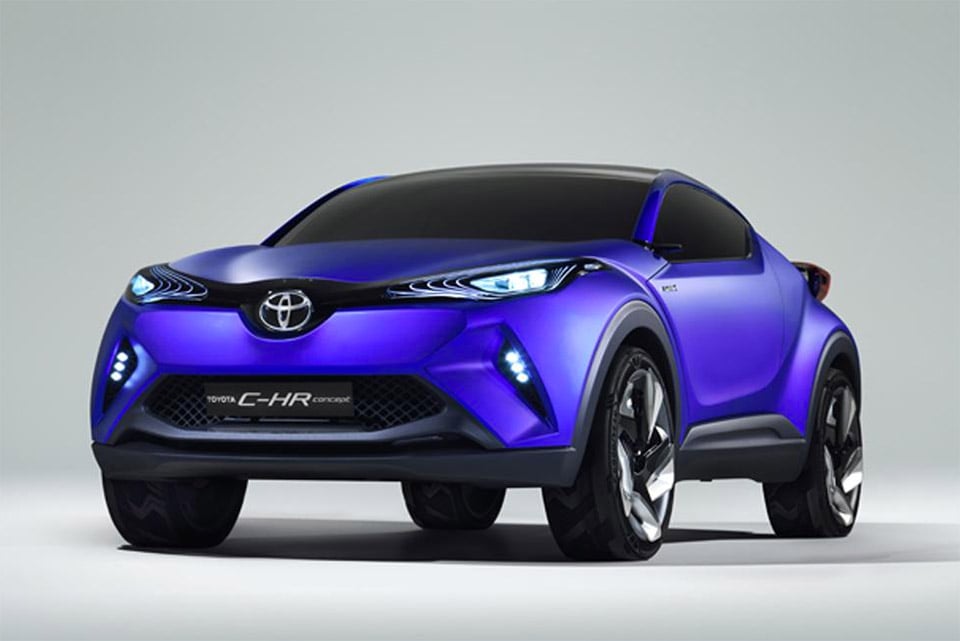 A few images of Toyota’s all-new C-HR Concept crossover SUV have been leaked prior to its official unveiling at the 2014 Paris Auto Show, opening October 4, 2014. Not many details are available for the C-HR Concept, but Toyota promises that the innovative design will provide an “engaging” driving experience. The vehicle will be built with a hybrid powertrain and it will likely be unveiled alongside Toyota’s new fuel cell vehicle, so perhaps there will be some sharing of technology across the two platforms.

From the images, the C-HR will have unique lighting both front and rear, with what appears to be LED lighting all around. The two-door CUV is also shown with highly stylized five-spoke wheels, a roof spoiler at the back, an intriguing graphic design on the roof, and sharply styled side panels. It’s not clear whether this will be the direction for the replacement for Toyota’s popular RAV4 compact SUV, but we’ll learn more in a few weeks. 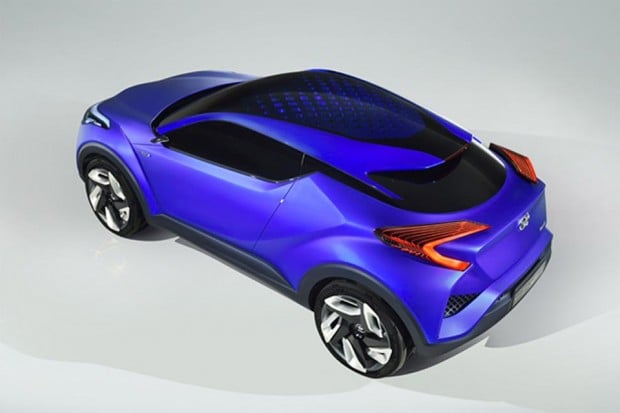 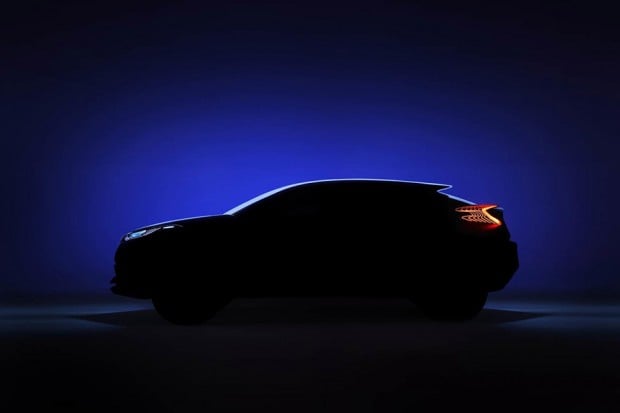