McLaren driver Kevin Estre was behind the wheel of the Dörr Motorsport McLaren MP4-12C GT3 for a qualifying lap in preparation for the 2014 24 Hours of Nürburgring event when he took his car to the extreme, setting a new record lap time for the overall track. Winning the pole position with an incredible lap time of just 8m 10.921s, Estre beat the previous lap record by more than 6 seconds and finished 2.5 seconds faster than his nearest competitor.

Check out the full video of his record-setting lap above. I just wish there was more information shown during the footage, like elapsed time and speed. And what’s that constant rattle at high revs, did Estre leave loose change in the cupholder? 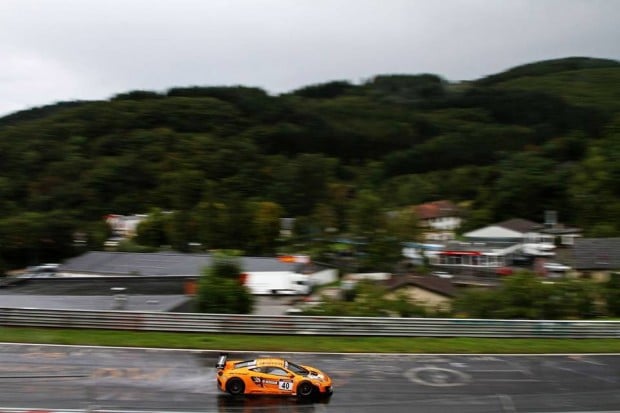 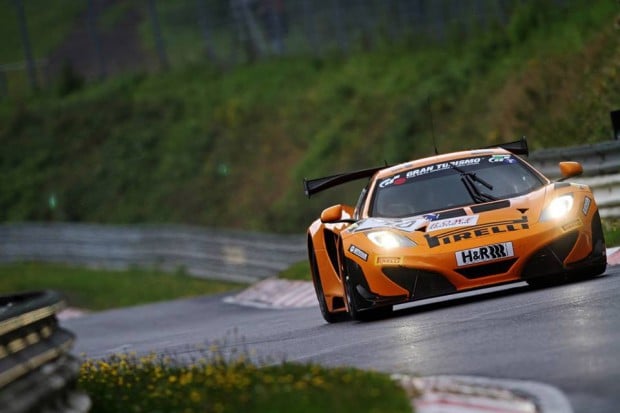