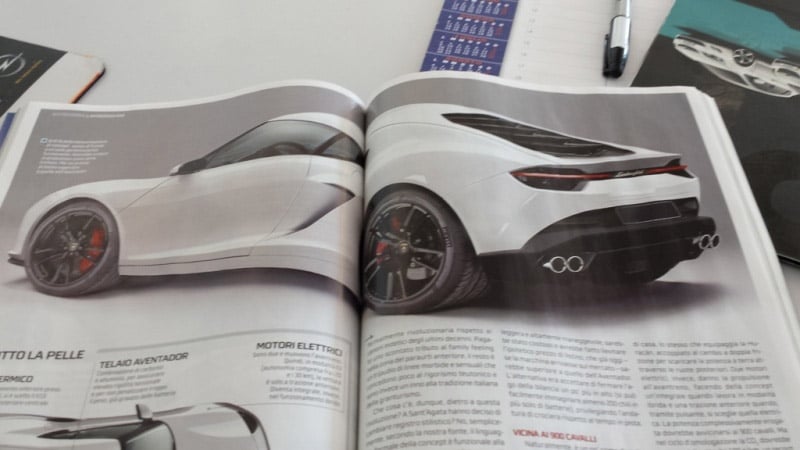 Lamborghini plans on showing off a brand new car during the 2014 Paris Auto Show, and thanks to what is apparently an early leak from a couple of Italian auto magazines, we now have a pretty good idea what to expect. Called the Asterion, the new GT Lambo is rumored to be a hybrid with a V10 engine as well as three electric motors, delivering nearly 900 horsepower.

The leaked photos – assuming they’re legit – are a bit of a departure from recent Lamborghinis, moving away from the sharp geometric forms of the Huracán, Gallardo and Aventador, with a more curvaceous look that we haven’t seen from Lambo in years. The car looks shares more in common with the 2008 Estoque concept than other recent Lamborghinis. Regardless, it sure looks good to me.

What’s especially interesting is that rumors are saying the car is a 2+2, which would be the first Lamborghini to have four seats in a very long time. Though from the looks of the images above, I’m not sure you could fit anyone in there behind the front row. Fortunately, we won’t have to wait long to see the Asterion in all its glory. The 2014 Paris Motor Show kicks off on October 2.