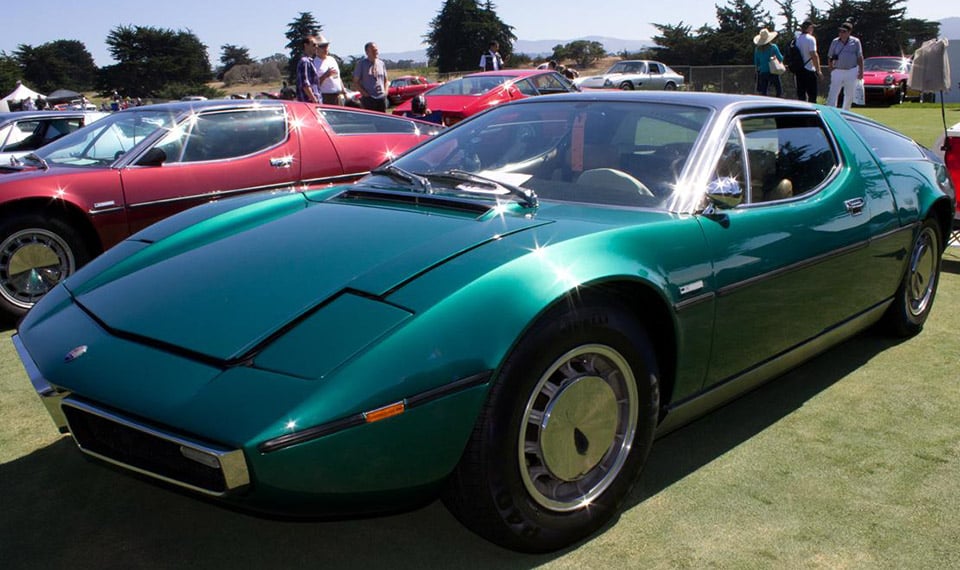 There are few Maseratis that excite me as much as the classic Maserati Bora. Designed by one of my personal favorite automotive designers, Giorgetto Giugiaro of Italdesign, the Merak was made from 1971 to 1978. The mid-engined sports car was powered by a 4.7- or 4.9-liter V8, and could muster a top speed of 171mph, which was quite impressive for its time. Maserati also made a 2+2 variant of the Bora, called the Merak, which replaced the V8 with a 3.0 liter V6 to make way for a tiny rear seat.

This beautiful green Bora was photographed by a guy named James Bond, who as far as I know is not a British spy, nor did he capture it with a hidden spy camera.