Volkswagen is bringing a new plug-in hybrid to the 2014 Paris Motor Show: the Passat GTE. The new hybrid is powered by a combination of a 1.4-liter turbo four-cylinder engine that produces 154 hp and a electric motor that adds another 114 hp. The power is delivered to the GTE’s front-wheel drive system via a six-speed DSG transmission. The resulting combined powerplant produces a total of 215 horsepower and 295 lb-ft. of torque.

The Passat GTE should deliver a 0-to-100 km/h (62 mph) time of under 8 seconds with a top speed of 136 mph. In electric only mode, the car has a range of 31 miles and can reach speeds of close to 80 mph. Of course, range is greatly extended if you include the gasoline engine, reaching over 600 miles in total. A full recharge requires 4 hours and 15 minutes with a 230-volt source or, with an optional wall charger, in just 2 hours and 30 minutes.

The new Passat GTE will become available in VW dealerships in the October of 2015 in both four-door sedan and wagon versions. The model is very similar to the standard Passat in styling, with the exception of the distinctive blue accents and a front-mounted charging terminal. The model is currently slated to appear only in Europe and we’ve seen no news on any models being sent to the United States at this time. 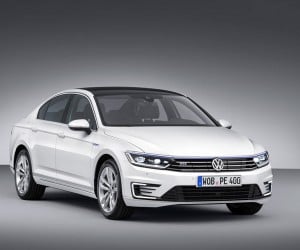 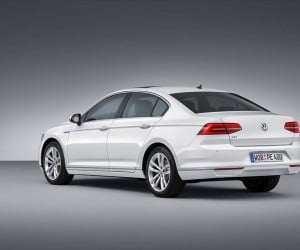 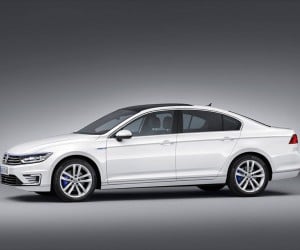 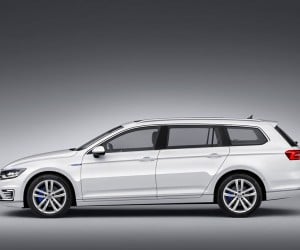 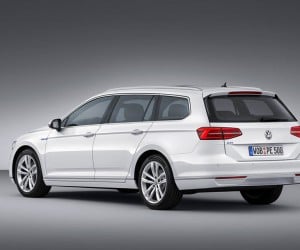 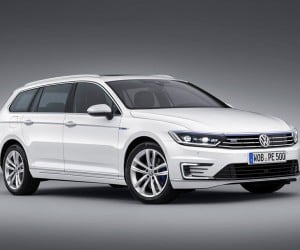 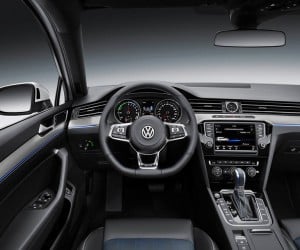 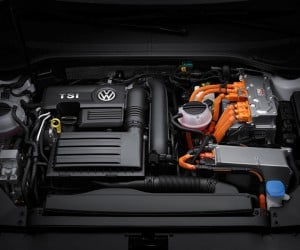 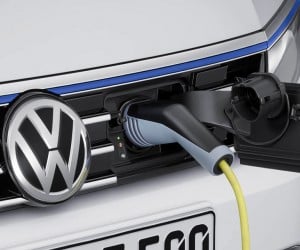