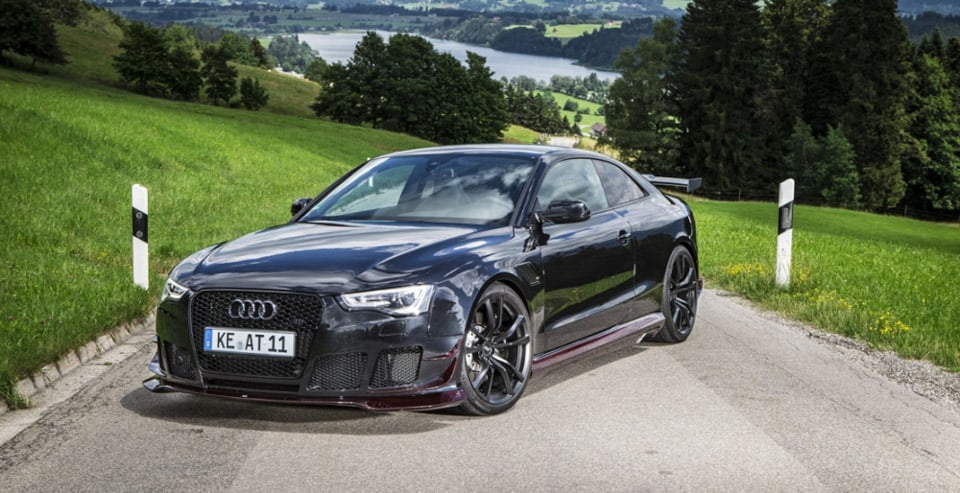 Aftermarket tuning specialist, ABT Sportsline got their hands on a Audi A5, and turned it into a two-door performer that can more than hold its own against Audi’s top version of the A5 platform: the RS5. ABT has made some serious modifications to the A5 on the outside, with a new exhaust system adding side exhausts to the package, a massive rear carbon fiber wing, forged alloy wheels that weigh just over 20 pounds each, and new low side skirts and rear skirt.

But ABT’s mods are not simple bolt-on pieces, with their engineers working hard to make sure each body part optimizes airflow for the new RS5-R, resulting in greater speed and performance all around. The exhaust system comes in two variants: either the serial tail pipe or, my preference, the side-pipe with exhaust ports to the left side of the vehicle. Inside, the RS5-R is completed with racing seats containing four-point harnesses and a full roll cage, with everything finished in beautiful Alcantara and carbon. 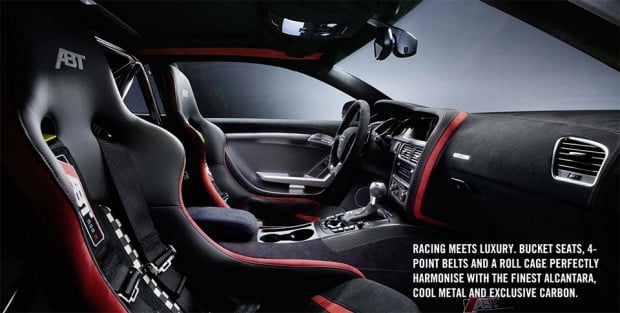 ABT Sportsline has released pricing for the package yet, but this looks like a serious aftermarket package to take an Audi A5 to an extreme level of performance. 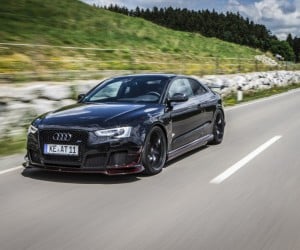 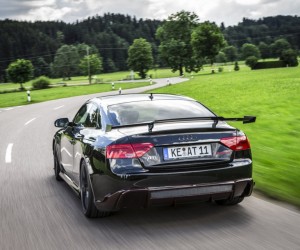 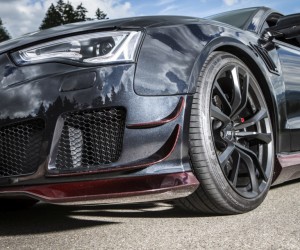