Racing a Jaguar C-Type on the Streets of Monaco

Driver Alex Buncombe had the amazing opportunity to take a Jaguar C-Type once raced by famed Argentinian driver Juan Manuel Fangio around the streets of Monaco and he certainly made the most of it. Competing in the 2014 JD Classics event, Buncombe not only qualified in the pole position, he went on to win the event for the Series C cars (cars that were built between 1952 and 1955).

The video above shows just how hard Buncombe pushed the the #70 Jaguar around the historic Monaco circuit on his way to victory. It’s incredible how he’s able to wrestle the car through the tight corners, and who doesn’t love listening to the roar of that awesome straight-six engine. 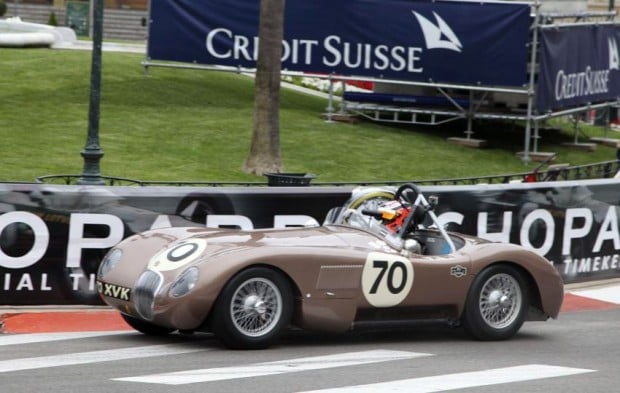