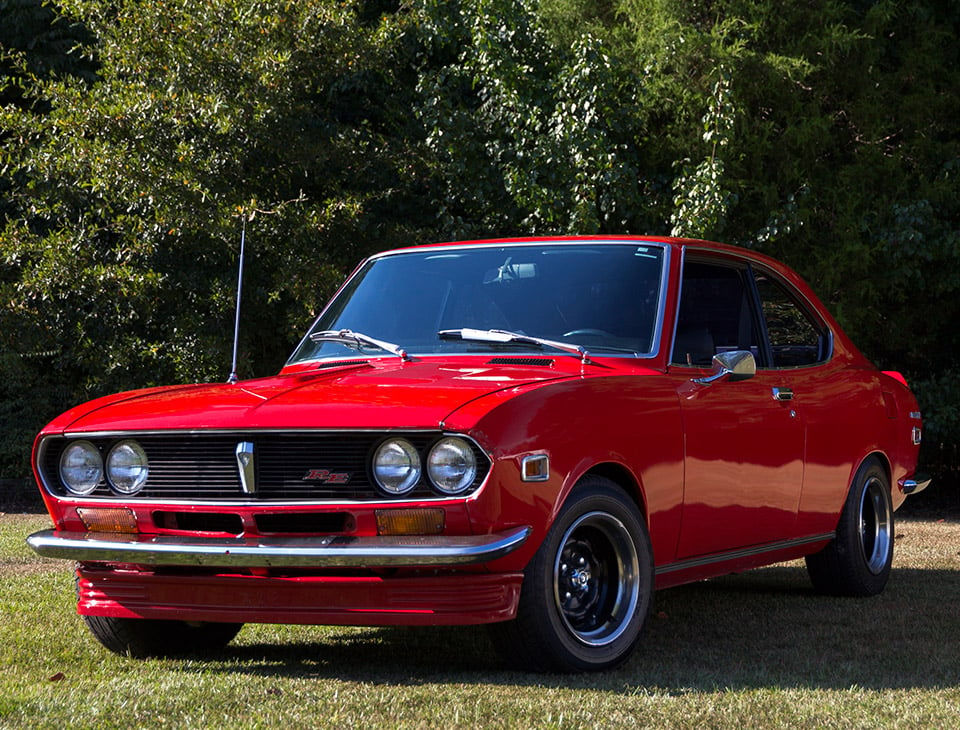 The Mazda RX-2 was a compact car sold from 1971 to 1978. What made the RX-2 special was that it was the first passenger car to offer a rotary engine. It was also the car that helped Mazda make a name for itself in the U.S. Known as the Mazda Capella in Japan, and also as the Mazda 616, the RX-2 was unspectacular in its sedan version. However, its coupe variant had some really great styling cues, and would go on to become a popular plaything for the tuning scene.

This candy apple red RX-2 was captured by photographer Augustus Urbex, who has additional photos of the car up on Flickr.