Have you ever heard of a Zorb ball? They’re those giant inflatable balls you can get inside of and roll down a hill if you’re the adventurous type. If you think it’s crazy to get a person inside one of these, imagine what it’s like to put a car inside one. That’s exactly what Nissan did, when they teamed up with Zorb to make a massive Zorb sphere, and placed a Nissan Note inside of it.

The Note is a compact city car sold in the U.S. under the Versa Note moniker. The car weighs about 2,400 pounds and measures 163.7 inches long, so you can imagine how large of a sphere you’d need to safely hold one inside of it. The custom-built Zorb measures about 59 feet in circumference, and about 20 feet in diameter.

Once the car was inside the ball, it was rolled down a hill at a top-secret military facility in the UK – because cars inside of giant inflatable bubbles are top secret stuff, naturally. 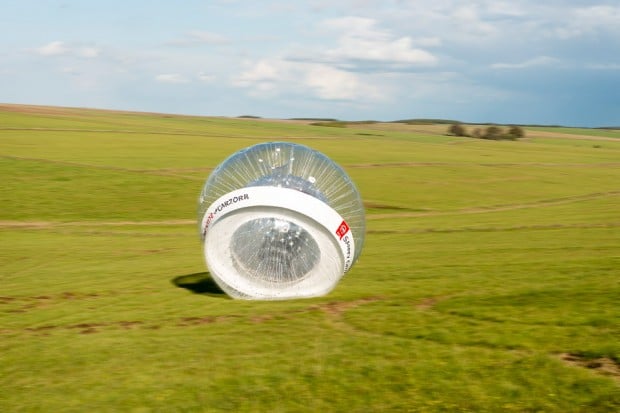 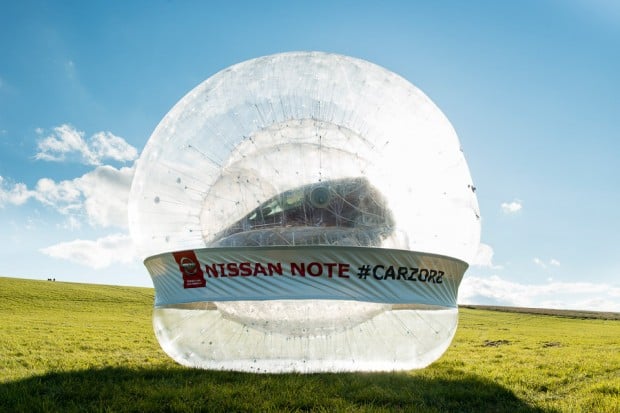 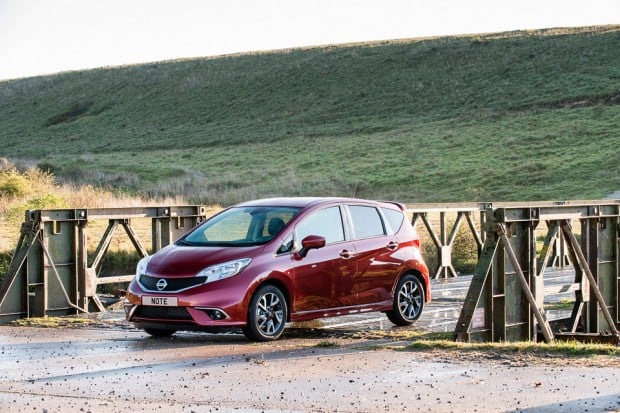 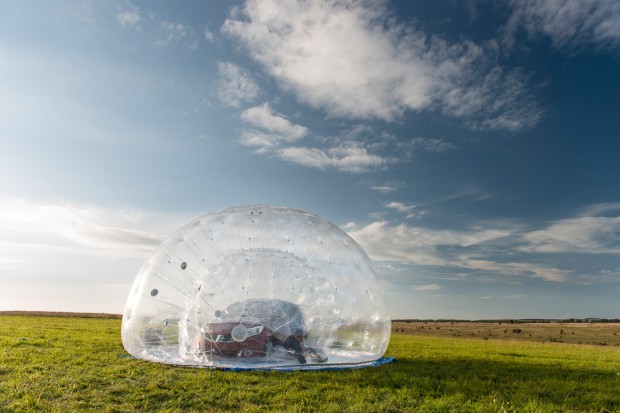