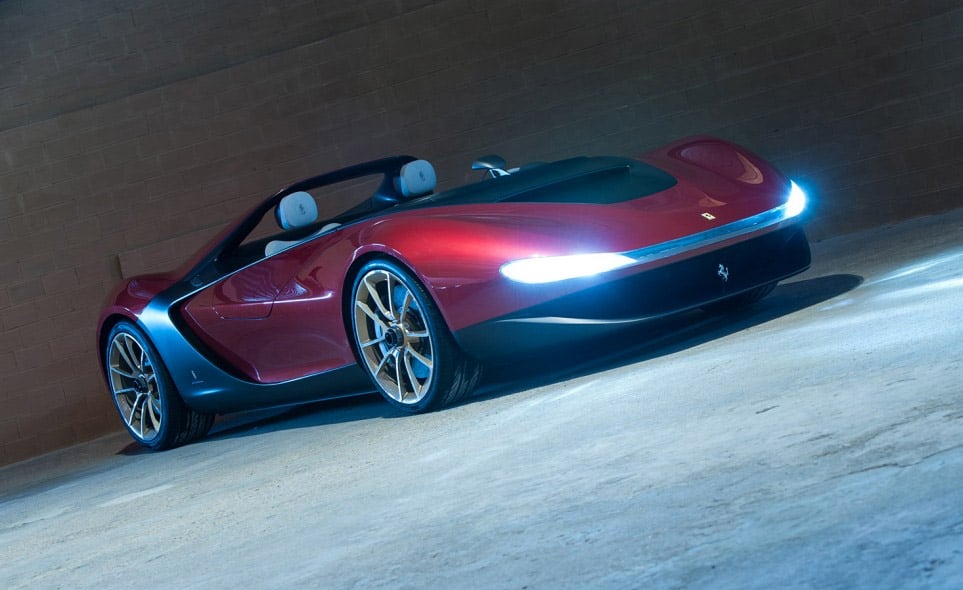 First shown as a concept car at the 2013 Geneva Motor Show, the dramatic 2-seat Ferrari Sergio barchetta is quite a stunner. Designed by Pininfarina in tribute to the late Sergio Pininfarina, it was unclear if the vehicle would ever see the light of day as a production vehicle. Well, it turns out that Ferrari is making some. Unfortunately, they’re only building six of the sexy cars, and they’ve already sold them to some of their best customers. With a price tag of about $3 million (USD), it’s not like there are that many people who could afford one anyway.

Somewhere underneath the Sergio’s exquisite exterior is the chassis of a Ferrari 458 Spider, along with the same 4.5-liter, 570 horsepower V8. But what distinguishes the Sergio – besides the price and rarity – is that it’s an open-air car, without a windshield. That means this bad boy requires helmets while driving it – unless of course Ferrari has changed that in the production version. In addition, it’s supposed to weigh about 330 pounds less than a 458 Spider, which should improve acceleration from the 458’s already impressive 3.4 second 0-to-60 time. 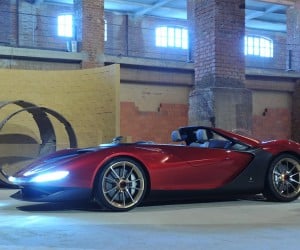 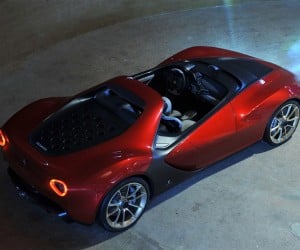 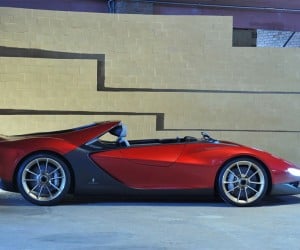 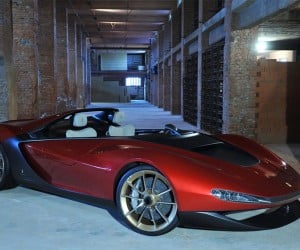 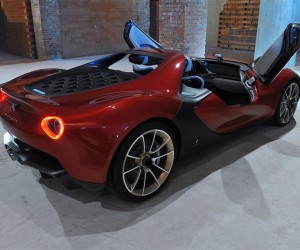 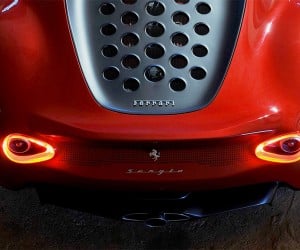 There’s no word on what sort of refinements have been made to take the Sergio from concept to production, or when we’ll see this elusive beast on the road. For those of you who missed out, you’ll be happy to know you could buy 10 Ferrari 458 Spiders, and build a really nice garage for them for about the same price.