Toyota will be headed to the 2014 SEMA show with a new desert racer: the 2015 Tundra TRD Pro Desert Race Truck. And the truck won’t have to take on the heat and dust of the deserts by itself, it will be joined by Baja 1000 Chase Trucks.

The 2015 Tundra TRD Pro Desert Race Truck is well prepared to take on the more than 1,000 of grueling desert racing, with Bilstein shocks, beefy front and rear springs, some awesome Hella front lights, a special Toyota Racing Division grille, and many more TRD and aftermarket upgrades. The 2015 TRD will be competing in the Full Size Stock class, which means Toyota will be given the chance to test its Tundra TRD Pro Series as close to stock as possible and showcase its strength and durability in the Mexican desert’s treacherous terrain. 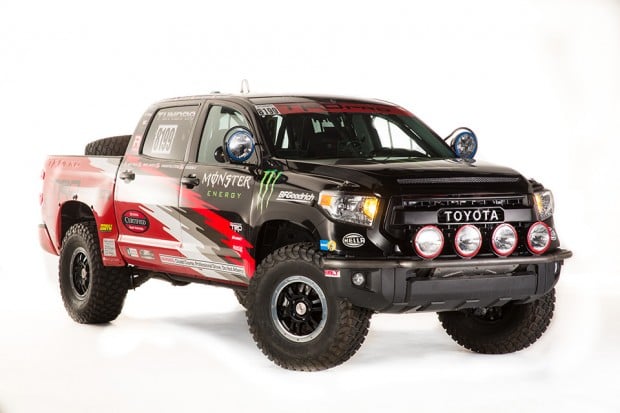 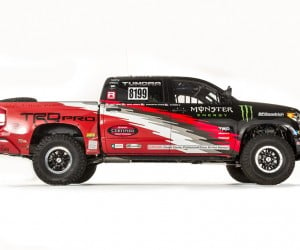 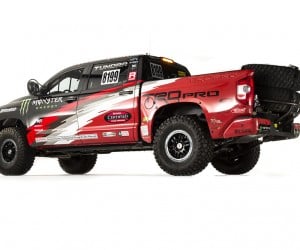 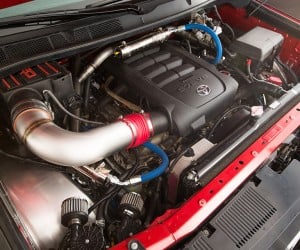 The three chase vehicles are a 4Runner, Tacoma and Tundra (although we haven’t seen much of the Tundra at this point). Each is fitted with an array of Toyota Racing Division parts and aftermarket upgrades as well. Toyota’s TRD Pro Series is the most advanced yet in a long line of TRD model trim levels for Toyota trucks that dates back to 1998 when the first Off-Road Package was introduced for Tacoma.