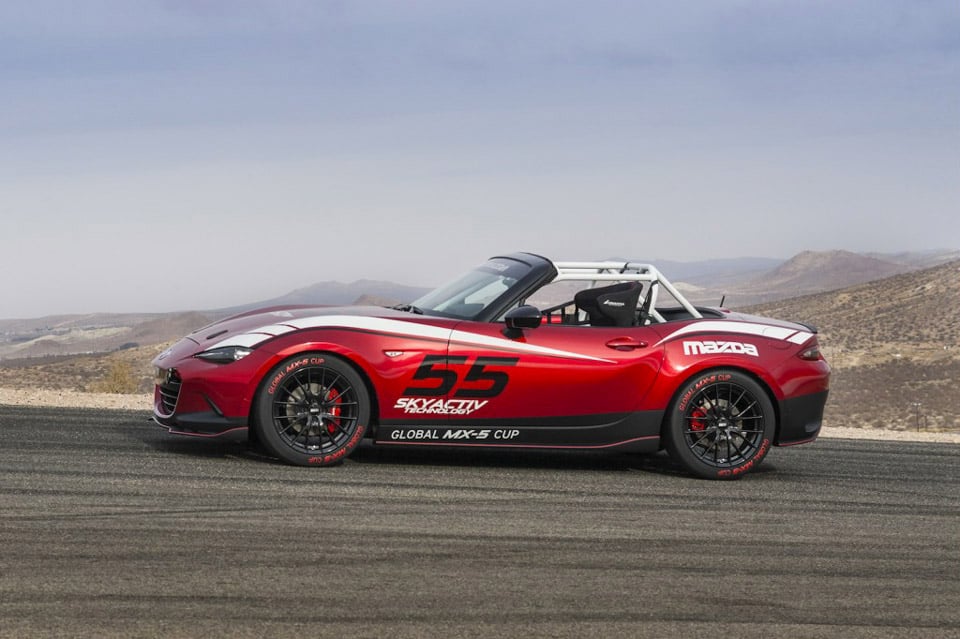 Mazda showed up at SEMA 2014 with a big announcement: the Japanese automaker will be launching a new model-specific race series beginning in 2016 call the Global MX-5 Cup. In the series, drivers will compete with identically prepared cars based on the all-new 4th-generation Mazda MX-5, each fitted with a 2.0-liter SkyActive-G engine. As part of the announcement, Mazda unveiled a race version of the MX-5 decked out in a terrific Mazda SkyActive red-white-and-black livery. The car also loses the MX-5’s retractable roof, with a roll cage taking its place. The Mazda engineers also reworked the car’s aerodynamics, with a new front splitter and rear diffuser.

The MX-5 Cup series will take racers around the world to compete in North America, Asia, and Europe with a final race – the Global Shootout – to be held at Mazda Laguna Seca raceway. The winner of the Global Shootout will be given the chance to drive Mazda’s TUDOR United SportsCar Championship prototype racer. 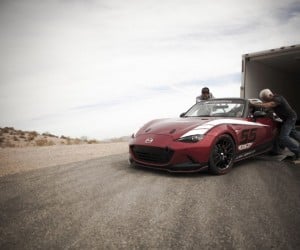 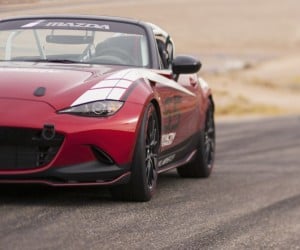 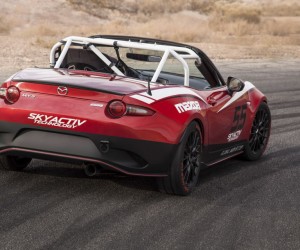 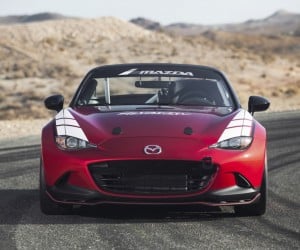 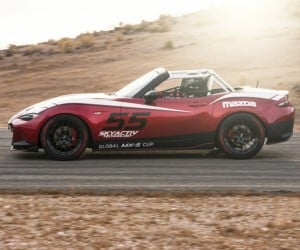 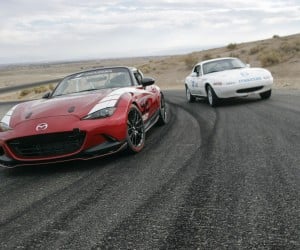 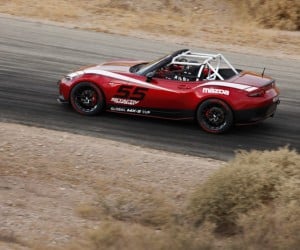 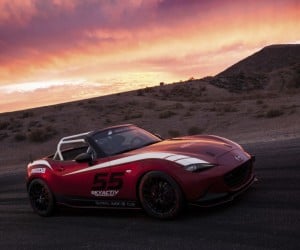 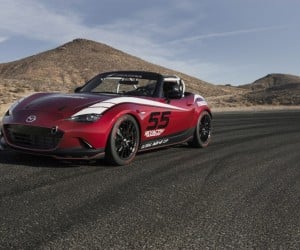 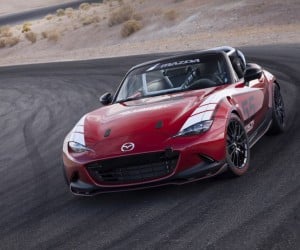 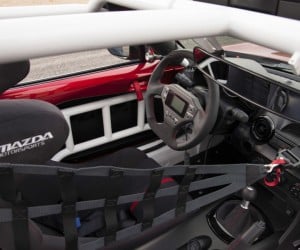 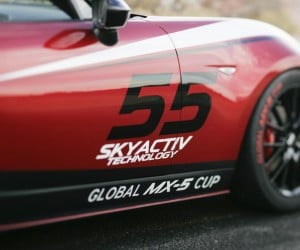