Long regarded by pony car fans as one of the most desirable production Ford Mustangs, the latest iteration of the Shelby GT350 has broken cover, and it sure looks good. Loaded with enhancements for the track, the new GT350 starts out with the 6th-generation Mustang, but amps up the car with a special, larger 5.2-liter V8 engine.

What’s particularly noteworthy about the engine is its flat-plane crankshaft, typically found in high-end exotic sports and race cars. The design allows cylinders to fire in an optimal performance sequence, resulting in over 500 horsepower and more than 400 lb.-ft. of torque – impressive figures for a naturally-aspirated V8. 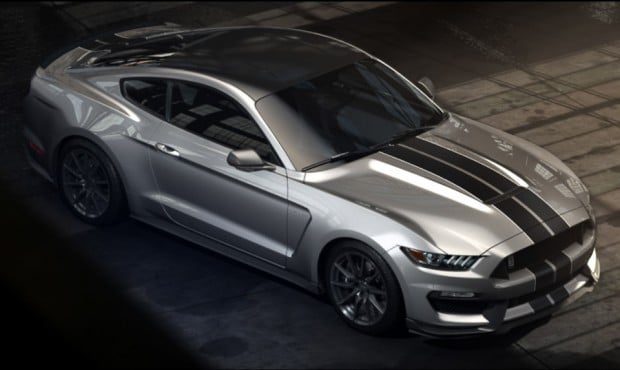 The car is shifted with a six-speed manual transmission, connected to a Torsen limited-slip differential. Among its performance enhancements, the GT350 has computer-controlled MagneRide dampers, which can dynamically adjust handling every 10 milliseconds as needed. Braking is handled with 394mm front rotors with Brembo six-piston calipers, and the rears have 380mm rotors with four-piston calipers. The car rides on extra-stiff 19-inch aluminum alloy wheels, wrapped in Michelin Pilot Super Sport tires. 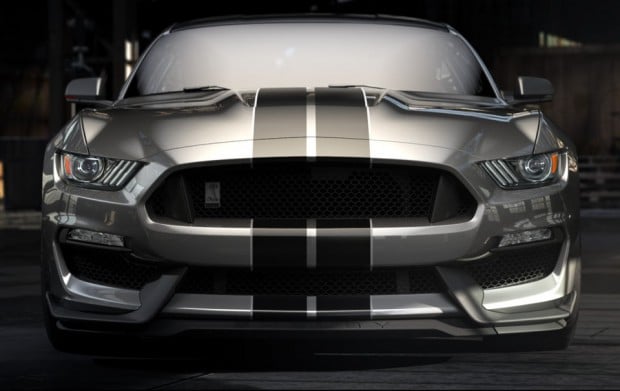 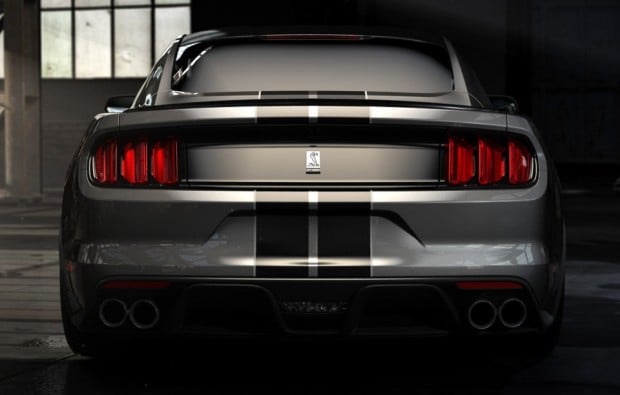 The GT350s exterior enhancements are designed to improve not only looks, but air flow. The front fenders and wheel arches have been widened, new air vents have been added for cooling the front brakes, and both the front and rear have aggressive new aero components.

Inside, it’s been outfitted with Recaro cloth sports seats, a flat-bottom steering wheel, and a gauges which have been upgraded to reflect the car’s performance potential (I’m guessing this means the speedometer goes higher.) Drivers can also fine-tune ABS, stability control, traction control, steering, throttle mapping, MagneRide and exhaust settings. Other track-focused tweaks include the reduction of surfaces which might create glare while driving. 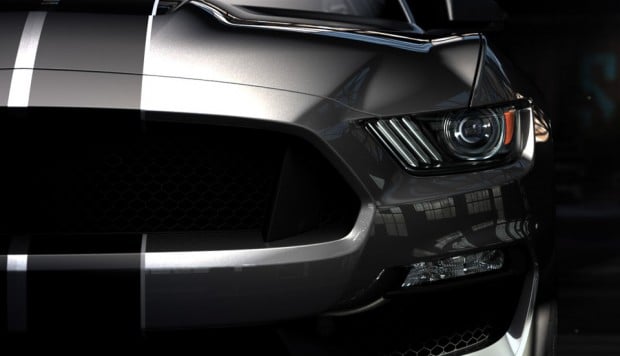 Keep in mind that the images shown here are CGI renders, so we’ll may still have to wait a while to see the new GT350 in action. Ford has also yet to confirm if the car will be ready for the 2015 model year or if it will release later in the year as a 2016. There’s also no word yet on a GT500 supercharged version at this point.