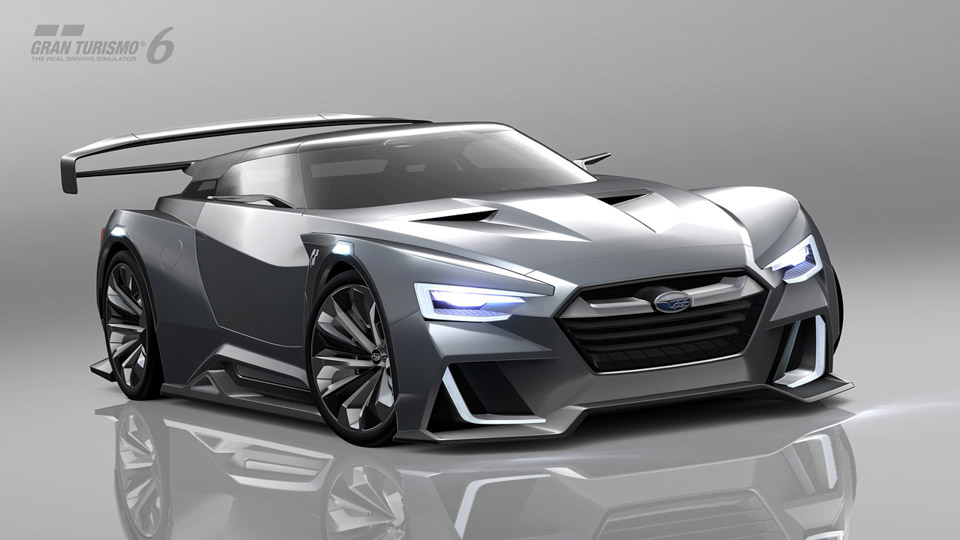 Subaru previously gave us just a brief glimpse of the virtual supercar they’ll be bringing to the world of Gran Turismo 6, the Subaru VIZIV GT Gran Turismo. The project was built by Subaru as part of the commemoration of Gran Turismo’s 15th anniversary – as a gift to the players of the renowned racing game.

The resulting lines of this virtual supercar are incredible, with razor-sharp bodylines and an incredible rear wing. And it’s not a side exhaust as we thought — it’s side exhaust + rear exhaust; a quad exhaust that vents both out the back and to the side. It’s great to see in action when it spits fire (check out the video below). 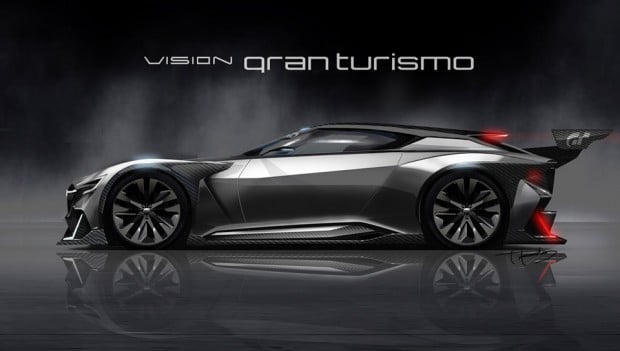 The team at Subaru also shared a short video showcasing the development and inspiration behind the vehicle (turn on subtitles).

And, if you want to see and hear the car in action in Gran Turismo 6, check out this awesome video that was made by YouTuber th3ua3. 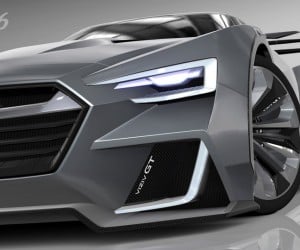 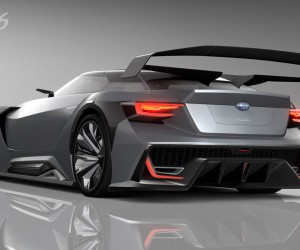 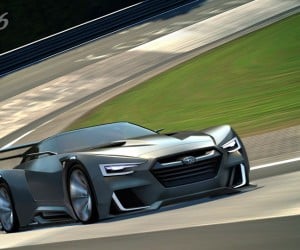 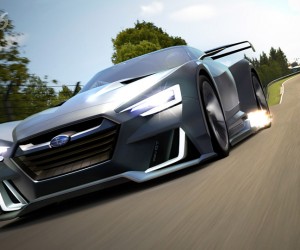 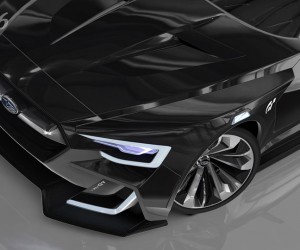 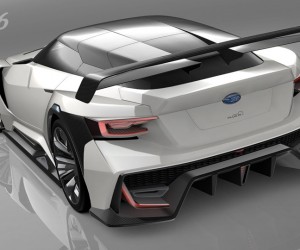 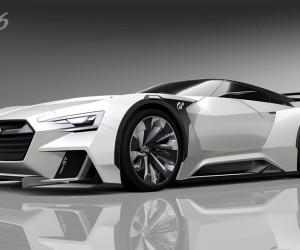 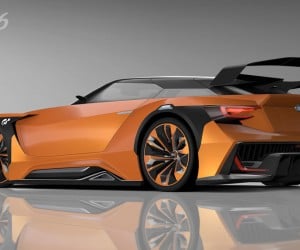 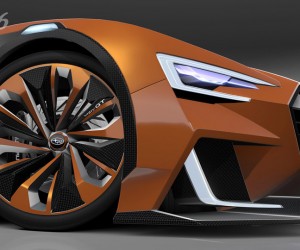 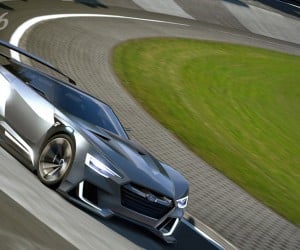 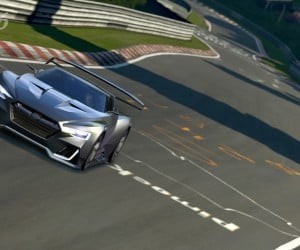 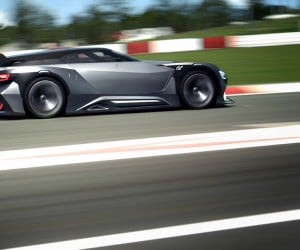 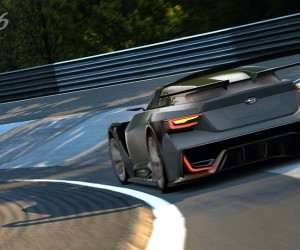 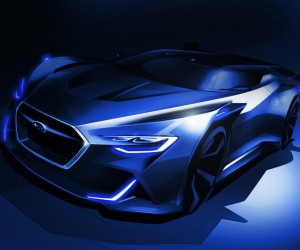 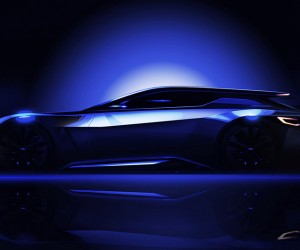