Chevy has released its racer for the virtual world of Gran Turismo 6 and, even alongside the Subaru VIZIV and the Aston Martin DP-100 Vision, this thing is insane. This concept is, of course, Chevrolet’s contribution in recognition of Gran Turismo’s 15th anniversary. Inspired by the innovative race cars built by Chaparral Racing and Chevrolet more than 45 years ago, the Chaparral 2X Vision looks to what the future of racing could hold. And that future looks pretty incredible, if it goes in the direction of this concept racer.

The car is powered by a mid-mounted laser beamed-energy propulsion system that works by pulsing beams of light that are then focused and create shock waves that propel the car forward. This sounds like the stuff of science fiction but it’s apparently inspired by work going on today in the space travel and aircraft design industries. The 671-kW laser is powered by lithium-ion batteries to produce 900 horsepower of thrust via the air-powered generator. That means the Chaparral 2X VGT can move at up to 240 miles per hour at the top end with a 0-to-60 acceleration of 1.5 seconds.

Gran Turismo 6 players will be able to download this car and drive it on their Playstation 3 this holiday season. Frankly, I’d just point the nose straight up in the air and floor it. What’s the worst that could happen? 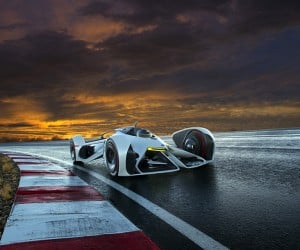 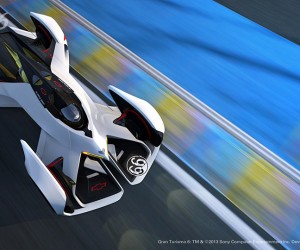 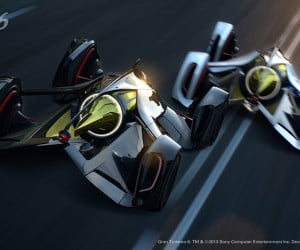 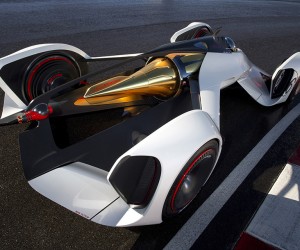 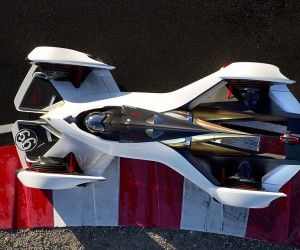 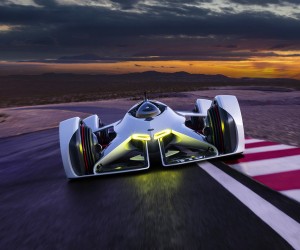 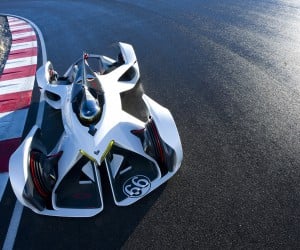 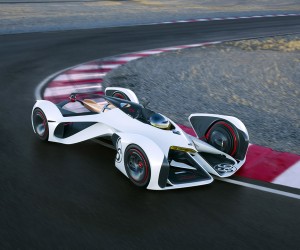 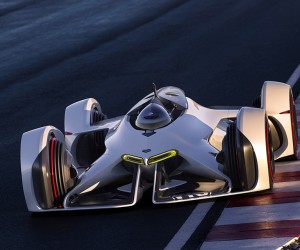 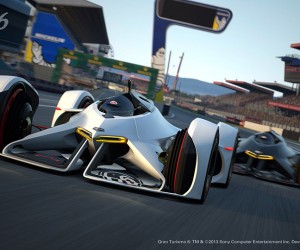 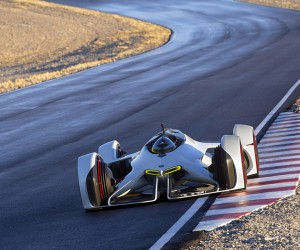 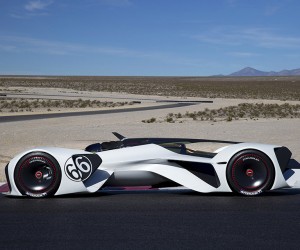