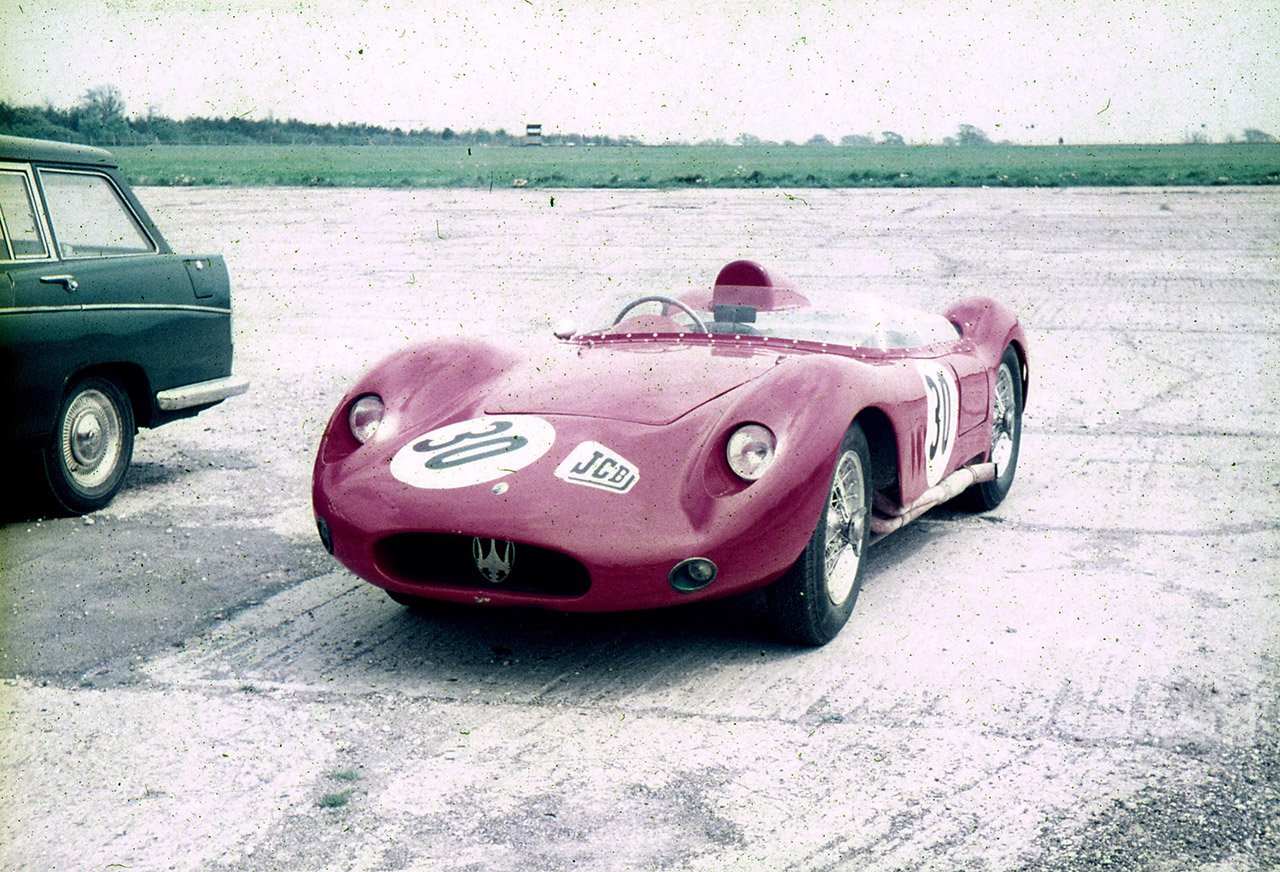 I just love this picture of an old Maserati 250S, posted by Flickr contributor Geoff Ackling. What’s great about it is the faded colors, dust and scratches aren’t from some silly Instagram filter, but are artifacts of it being an ancient slide that was scanned into a computer. From the looks of the car parked to the left of it, I’m thinking it was taken back in the early 1960s.