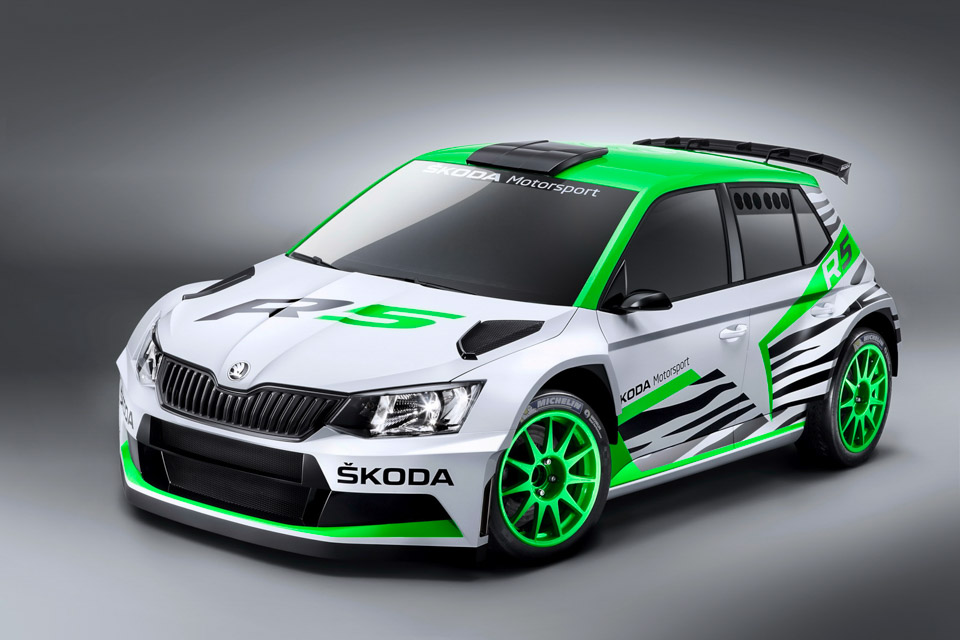 Skoda has unveiled their new Fabia F5 rally car in Germany in advance of the 2014 Essen Motor Show. The not-subtle-in-any-way racer is powered by a 1.6-liter four-cylinder turbocharged engine with a five-speed sequential gearbox. The car will see its first rally action in the World Rally Championship series next year.

The Czech rally racer weighs in at just 2,712 pounds in compliance with the R5 class regulations. No other performance specs were released, but there’s no doubt this rally car’s neon green accents will be easy to spot on the circuit. 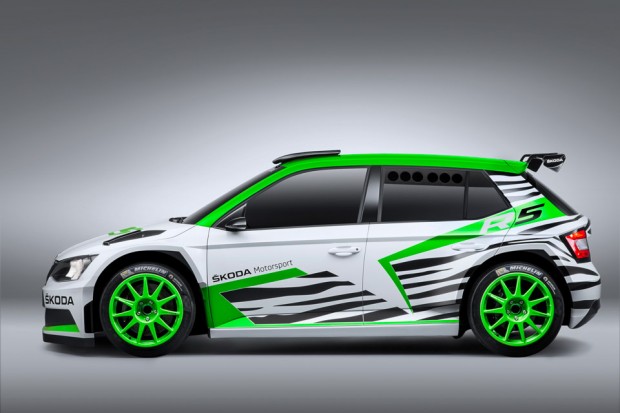 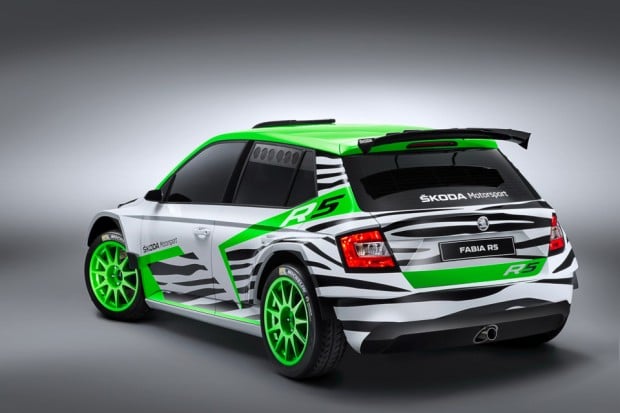