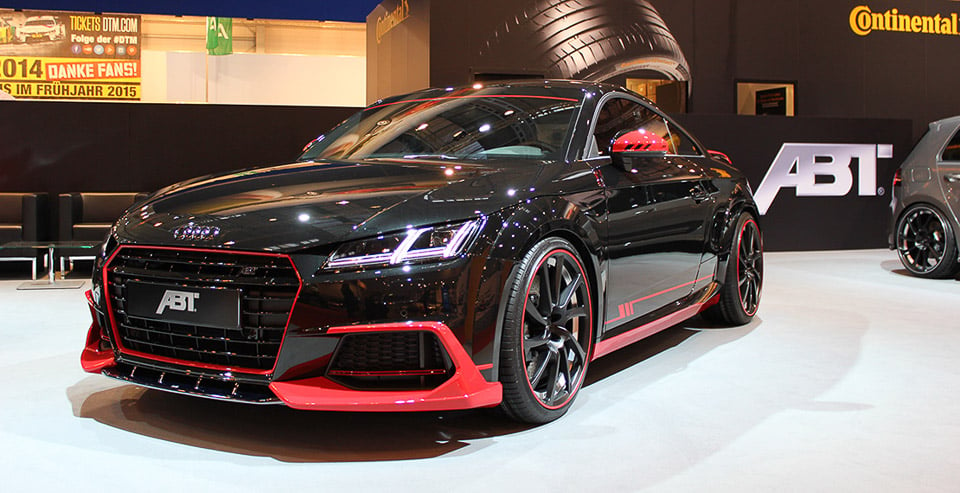 The aftermarket tuning specialists at ABT Sportsline will be traveling to the Essen Motor Show 2014 with a new bodykit for the all-new 2015 Audi TT. The new kit will be a comprehensive set for the TT Coupe in line with previous ABT Sportsline conversions done for the TT, including the ABT TT-R that was driven by Laurent Aiello to the DTM touring car win in 2002.

The body kit is distinguished by a bold front skirt add on; creating even a more aggressive face on the TT. It also comes with new mirror caps and is shown with 20-inch DR alloy wheels. The aftermarket changes also include new custom finishes, like the beautiful gloss black and red finish shown by ABT. On the back, the aerodynamic kits include a rear skirt inset and a fixed rear wing rather than the production TT’s retractable wing. 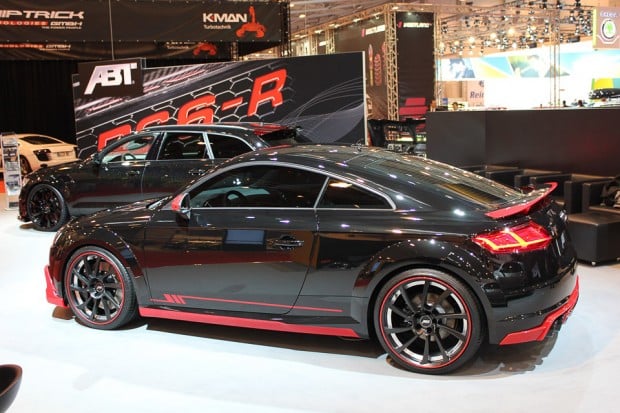 The car being display also as an ABT Power uprating to boost the 230 hp powerplant up to 310 hp. As ABT Sportsline describes it: the new car “looks fast and is fast, too.” 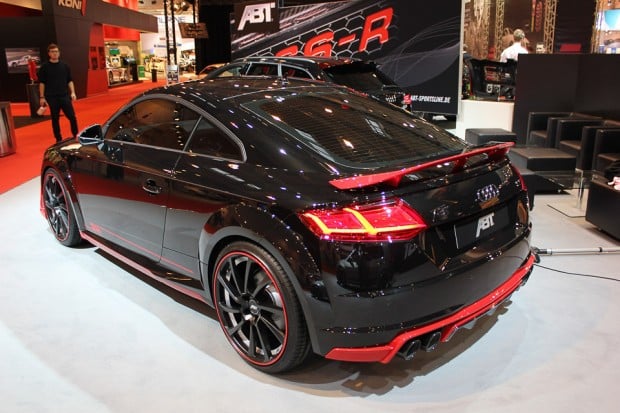 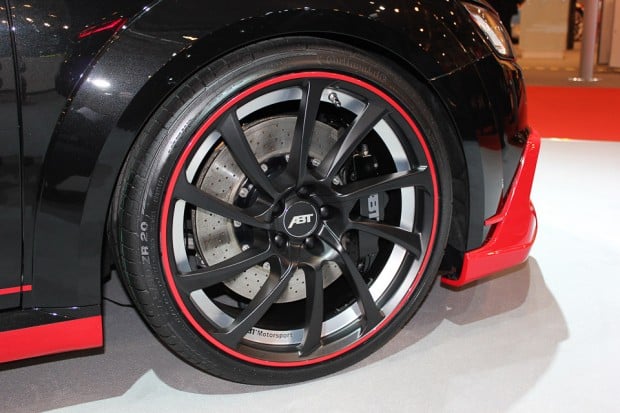