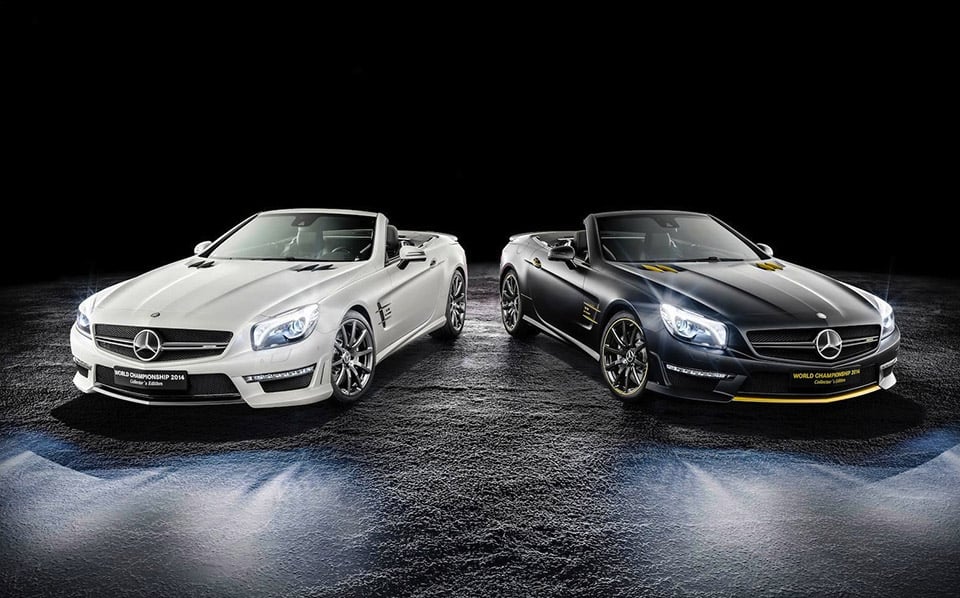 Mercedes-Benz asked their team driver and Formula One championship winner Lewis Hamilton and his teammate Nico Rosberg to design a pair of SL 63 AMGs to commemorate the team’s 2014 Formula One championship. The two matched SL 63s are nearly mirror images of one another, with Rosberg’s finished in white with and two-tone interior and Hamilton’s done in black with a nearly all-black interior. Each car is also finished with beautifully quilted leather, unique trim and a one-of-kind key fob in recognition of the win. In addition, Rosberg’s features an outline of the Silverstone Grand Prix track in the interior and on the key fob whereas Hamilton’s shows off the Hockenheim Ring.

Mercedes hasn’t yet said whether the limited edition vehicles will have any performance upgrades, but the 585hp 5.5-liter V8 should satisfy most anyone at any rate. Just 19 of these limited edition units will be produced but we haven’t yet heard details on pricing. 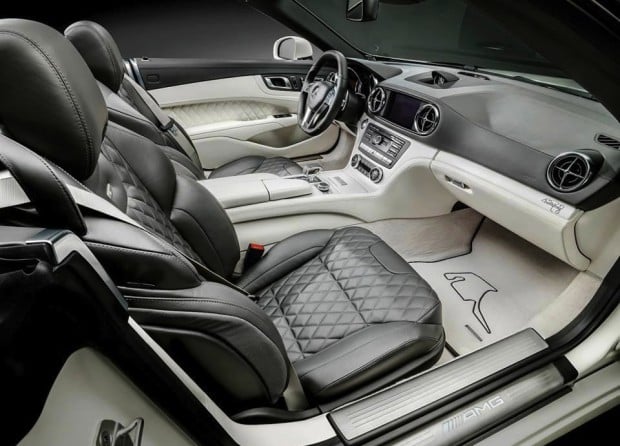 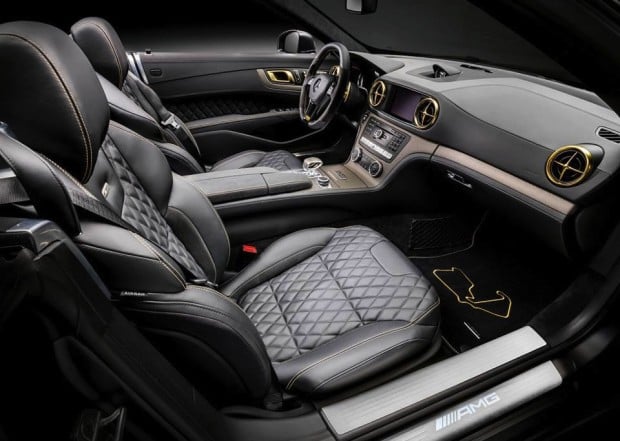 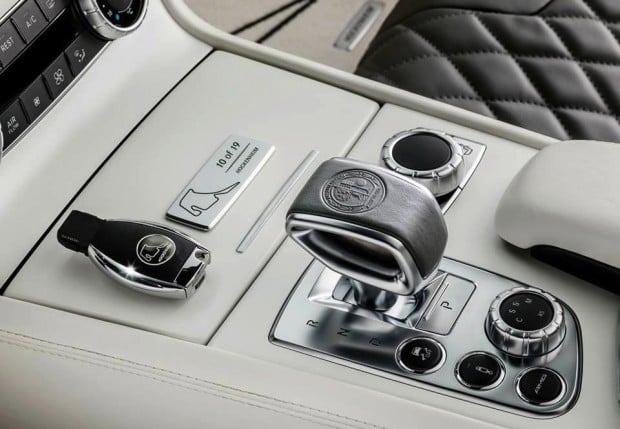