Red Bull’s Car Park Drift Final 2014 tests professional drift racers on their speed and control. Sixteen drivers competed head-to-head in Dubai to see who would walk away with the “King of Drift” title. This year, that honor went to Jordanian driver Ahmad Daham, whose winning run is shown in its entirety here. Driving a Nissan Silvia, Daham managed to score 257 points to take first place – just one point ahead of Ali Al Bloushi from Oman.

Scoring is based on six criteria: 40% drifting skills, 15% based on proximity to the clipping point, 15% on the car look and design, while 10% is given each to tire smoke, car sound, and performance in the “Box” in which each driver must execute a donut in a tiny space. Congrats to Daham on his incredible run! 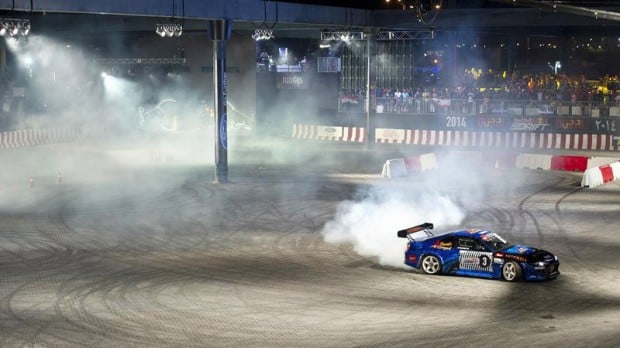 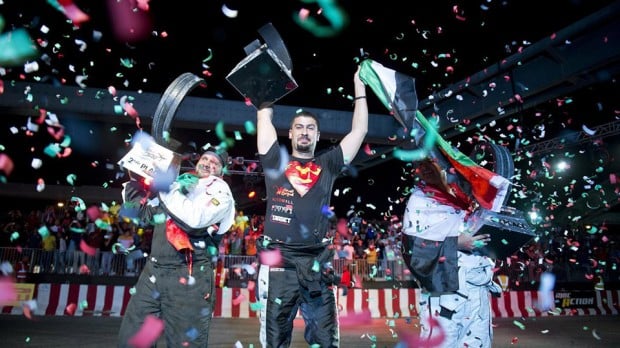