McLaren Special Operations has created an incredibly special version of the company’s “mid range” supercar, the 650S. The 650S Limited Edition is built in recognition of the 20th anniversary of McLaren’s victory at the 24 Hours of Le Mans in a McLaren F1 GTR. Although based on the 650S, like any MSO build, it has a range of bespoke parts that separate it from the pack.

Most noticeable is perhaps the large air scoop adorning the roof, reminiscent of the distinctive scoop of the F1 GTR back in 1995. It’s also fitted with dark forged alloy five-spoke wheels offset nicely by McLaren Orange brake calipers, a carbon fiber front splitter, louvered front fenders, carbon fiber side blades, and a rear carbon fiber bumper and diffuser. It’s finished in a unique MSO dark blue paint color which appears to be nearly black in the photos.

The powertrain is untouched from the 650S, with a twin-turbocharged 3.8 liter V8 engine putting out 650 horsepower, resulting in a scant three-second 0-to-60 time. Just 50 of the special models will be built, then you’ll have to settle for a regular edition 650S, which I have no doubt will leave you with no complaints. 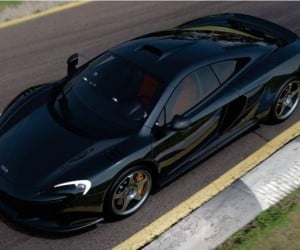 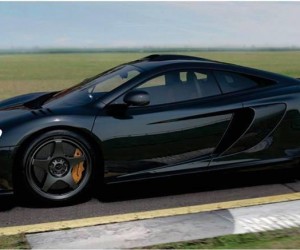 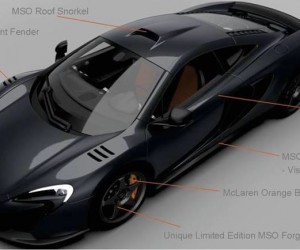 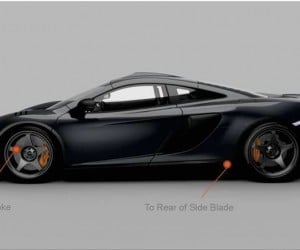 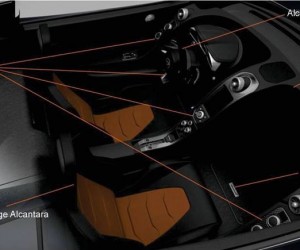 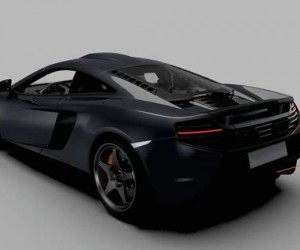