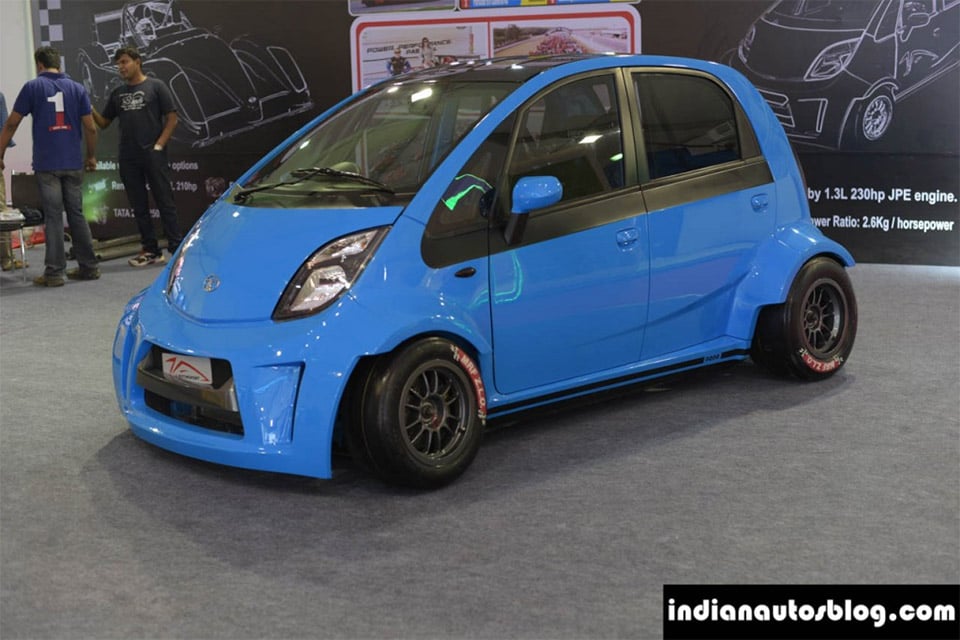 The Tata Nano is a diminutive city car along the lines of a Smart Car, but lighter and less powerful. From the factory, it comes with a tiny 624cc two-banger that cranks out a lawnmower-like 38 horsepower. To say it’s a wimpy little car is an understatement. I think I could outpedal one on my bicycle. But where there’s a will, there’s a way, and one nutty tuning company decided they could do better.

What you’re looking at here is JA Motorsports‘ Tata “Super Nano.” They’ve taken the stock Nano and bestowed it with a powerful 1.3-liter turbocharged four that’s been amped up to 230 horsepower. Since the car weighs only 1318 pounds, it’s got an impressive power-to-weight of 5.73 lbs/hp. That’s better than a Ford Shelby GT500 or a Jaguar F-Type R Coupe – which coincidentally is also made by Tata Motors. Seriously.

Additionally they’ve fitted the car with a wide body kit, carbon fiber trim inside and out, Recaro sport seats, a full roll cage, and 13-inch alloys which have been negatively cambered to make it go sideways a little more easily. 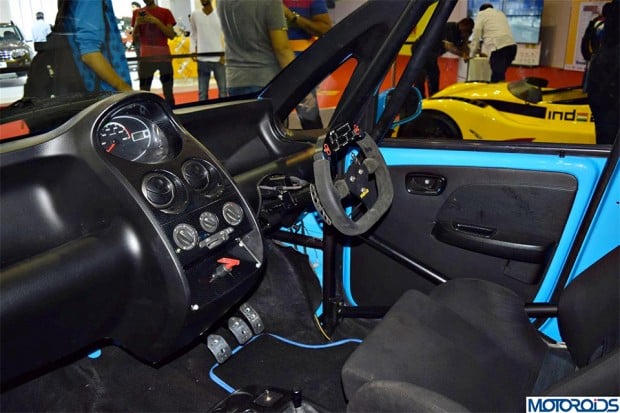 You can find more pics of this crazy little car over on Indian Autos Blog and Motoroids. Now we want some video footage of it in action.