We haven’t seen the luxurious Cadillac Ciel concept convertible make an appearance since back in 2011. It’s since been displaced the Cadillac Elmiraj, the second concept car in the three-car series. But now the Ciel concept is back and headed to the silver screen.

You can catch it in the teaser for the upcoming Entourage movie. Ari throws the cover off the Ciel, and Drama takes the guys for a ride in style. The film comes out next summer, so we may have to wait a bit to catch another glimpse of the Ciel in action. 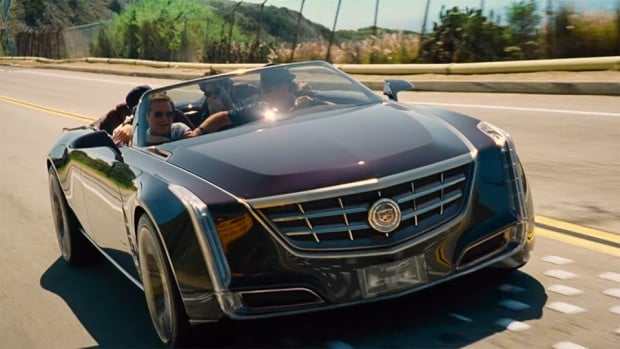