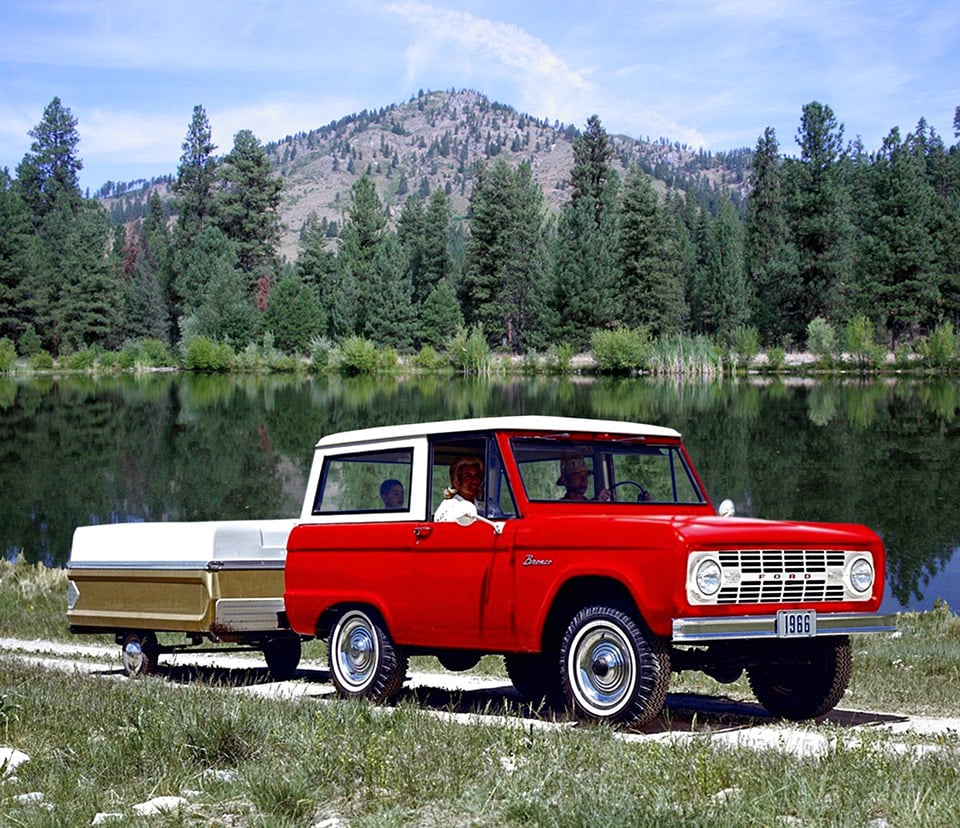 This photograph looks like something right out of Field & Stream or Life magazine in the mid 1960s. The 1966 Ford Bronco is ready to take the family camping near a beautiful mountain lake. But this image isn’t all what it seems to be.

Photographer Christopher Koppes combined the image of the Bronco from a promotional shot from the era with an image he captured last year. Apparently, the Bronco was originally set against snow-capped mountains and Koppes decided to bring it into summer.