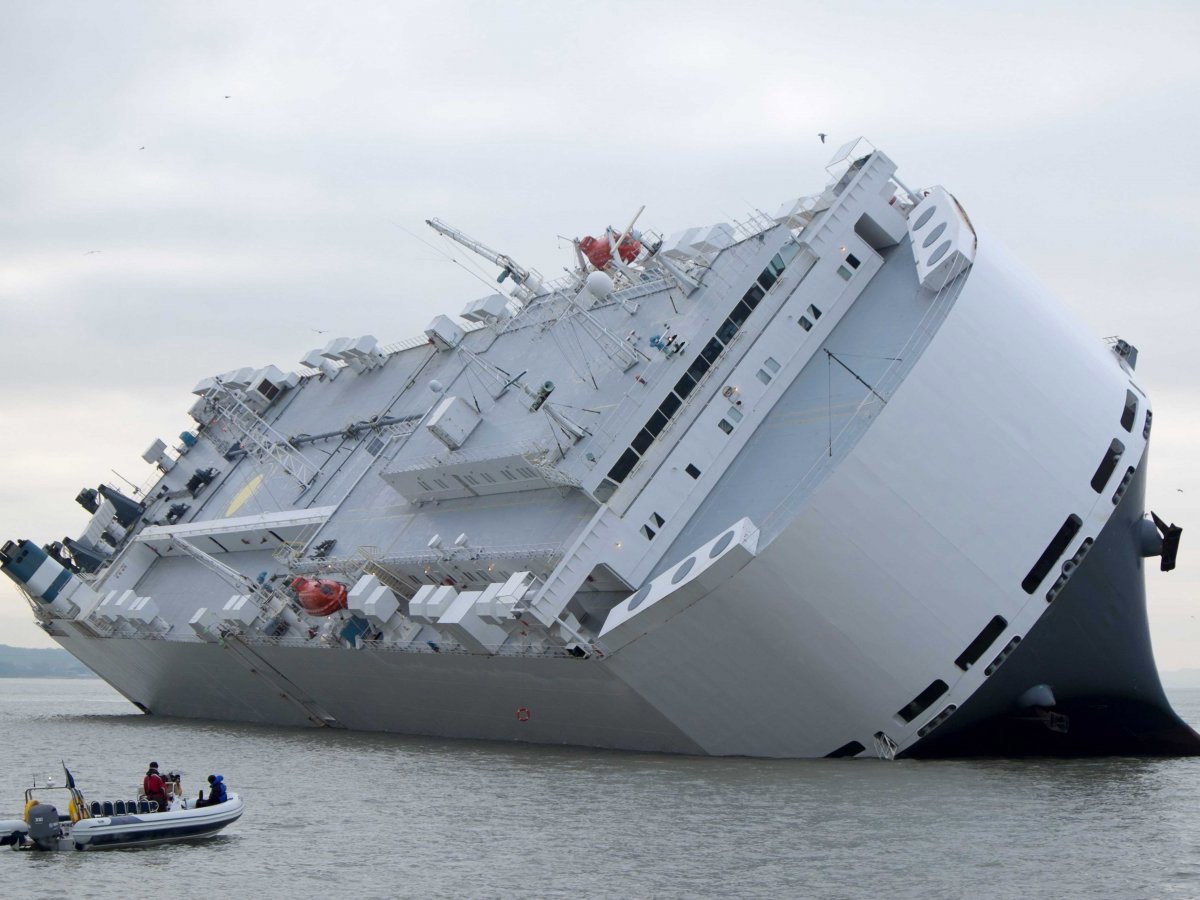 Here in the U.S., most of the cars are transported by truck or train to dealerships, but cars that come to the U.S. from overseas usually spend a bit of time on the seas. The car carrier Hoëgh Osaka was heading across the English Channel ran into a sand bar. It’s now partially capsized and lying on its side. As it turns out there are some very notable British branded new cars in jeopardy of going to the bottom of the channel.

Reports indicate that the carrier is filled with Jaguar, Land Rover, and Mini cars and anyone who has been waiting for a new version of one of those brands to show up may be waiting a long time yet. Original reports indicated that the carrier also had as much as 10% of the annual Bentley production onboard, though the latest report indicates that there are no Bentley cars on the carrier.

Manufactures are generally unable to sell any cars damaged before being delivered to dealers and simply destroy the cars. Word is that there are 1200 Jag/Land Rover products on the carrier and 65 Minis, with a total value estimated around $45 million USD.