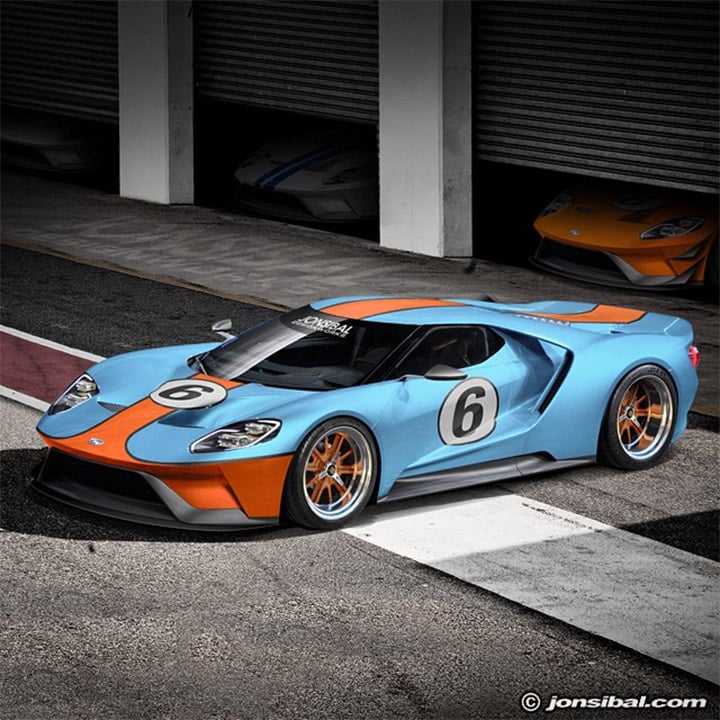 Judging from the nearly universal praise and massive press coverage, the new Ford GT was the big winner of the 2015 Detroit Auto Show. While the supercar is clearly influenced by its 1960s and 2005 variants, it’s a much more modern car than either of its predecessors. With that in mind, I wondered how good this slick 21st century car would look wrapped up in it classic Gulf Livery. Well, thanks to automotive illustrator and comic book artist Jon Sibal, we now have the answer. It looks awesome.

Now that we’ve seen it this variant, it’s only a matter of time before one of the car’s first buyers outfits theirs in the same skin.