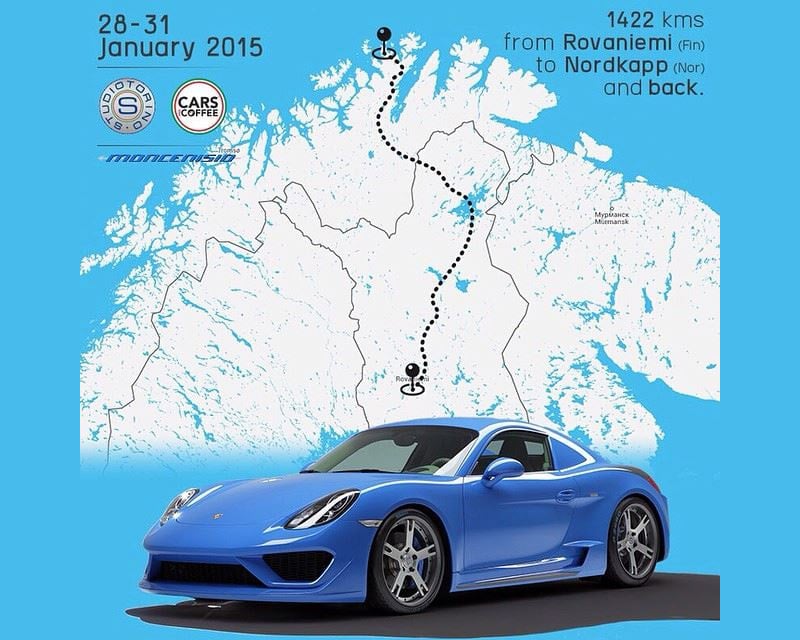 Studiotorino is an Italian sportscar coach builder founding in 2005 by Alfredo and Maria Paola Stola. One of the studio’s most recent creations is the beautiful Moncenisio Porsche Cayman S.

Just a few of these stunners will ever be built, but the car’s creator, none other than Alfredo Stola himself, is about to get behind the wheel of his for an 880-mile journey to the northernmost point in Europe: North Cape, Norway. (Well, according to Wikipedia, the neighboring Knivskjellodden point actually extends a bit further north, but who’s counting?) 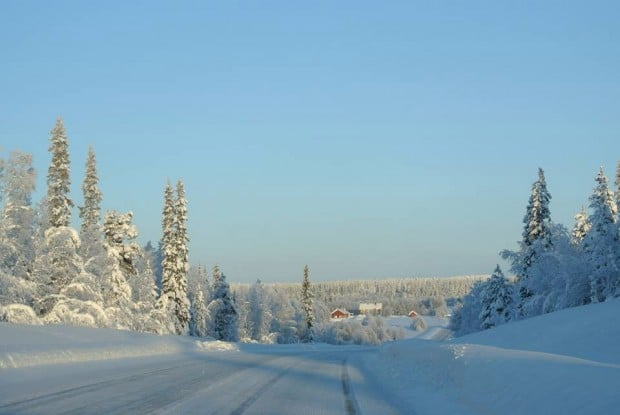 Stola will begin his journey in Rovaniemi, Finland on January 28, 2015 for what’s sure to be a cold, dark drive. He’s fitted the Porsche with studded tires and, if all goes well, is expected to arrive in North Point on January 31. You can follow the journey – along with a lot of nighttime photos – on the Facebook pages of Studiotorino or Cars and Coffee Italy.