It sounds like a one of Freyja’s giant cats is purring while holding Thor’s hair dryer. Yes, it’s weird to hear a turbo V6 sound coming out of a Ford GT, which is practically synonymous with “huge V8,” but that doesn’t take away from the fact that this sounds amazing. It sounds as good as that “Liquid Blue” paint looks. 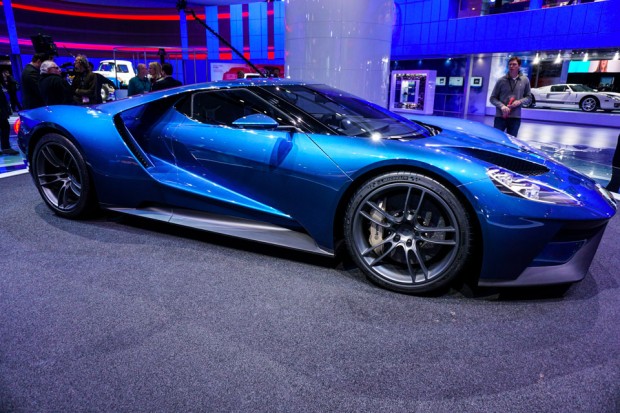 The power is coming from the next generation of Ford’s 3.5L EcoBoost V6. It’s said to produce “more than 600” horsepower, which sounds pretty bloody good to me, but not much beyond that is known yet. The distinctive sound isn’t just coming from the engine itself, however; the high mounted exhaust pipe’s unique geometry is surely helping to give the GT a sound that requires me to reference two Norse deities.